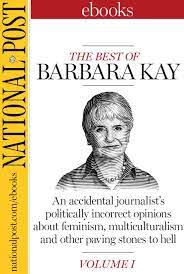 In the National Post, columnist Barbara Kay slammed Canadian Bill C-6, which passed second reading with a majority of the House of Commons and is now under review by the justice committee. This bill seeks to criminalize “conversion therapy.” But in her article, Kay argues that the bill’s proponents are being misleading using a bait-and-switch conflation of sexual orientation with gender dysphoria. In Bill C-6 conversion therapy has been extended to mean “any treatment that slows down or dissuades a youth from early medical gender transition. In reality, sexual orientation and gender dysphoria are separate phenomena.” The balance of Kay’s column argued, “Early affirmation of a teenager’s expressed sexual orientation does no harm. But early affirmation of a teenager’s expressed desire to change his or her sex through chemistry and mutilation can lead to quite serious harm, as becomes ever more clear from public attestations by “detransitioners.” These are former transmen and transwomen who have embraced their natal sex after years of rejection, but are forever stuck with permanent physical changes, often including infertility, that are now a source of anguish.” You can read Kay’s full article at https://nationalpost.com/opinion/barbara-kay-the-problems-with-bill-c-6-and-the-gender-affirmation-model

As you can imagine National Post’s comment section on Kay’s column was pretty lively. One of those 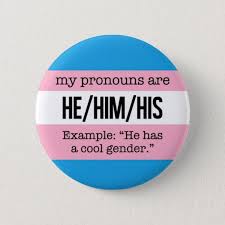 comments deprecated the Biblical narrative’s teaching on the origin of human gender by calling it myth. So I added this observation to the conversation:

Interesting article by Barbara Kay. And what is the so-called “Origin myth,” as it was referred to by a previous post, that is relevant to this conversation? “And God created man in His own image, in the image of God He created him. He created them male and female. And God blessed them. And God said to them, ‘Be fruitful and multiply’…” (Genesis 1:27-28a). Strange, isn’t it, this statement written some 3,400 years ago purportedly by Moses makes a clear case that gender was “hard-wired” from the very beginning into our biology. And what did science discover in the late 20th Century so many years later? That indeed there is DNA found in every human cell that identifies us from birth as being in reality either male or female. Even secular evolutionists would have to say that anything that subverts the propagation of a species is unhelpful or counter-productive to that species survival and therefore would naturally be “unselected” over the course of time. It ought to be evident that individuals who wholeheartedly buy into transgender ideology and allow the medical profession to make permanent physical changes to their bodies will not be among the “ancestors” of future generations of humanity. Rationally speaking, transgenderism is a dead-end.