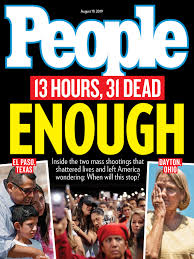 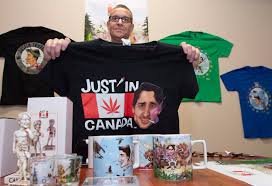 Do you believe that “ignorance is bliss”—especially when it comes to the world’s most important belief system? On September 28th the Pew Research Center published the results of a survey they conducted in the United States about religious knowledge. Surprisingly, the Pew survey discovered that Atheists, Agnostics, and even Jews could answer correctly more questions about the Bible and Christianity than your average Joe or Jane Christian!

What? Unbelievers and Rejectionists know more about the religion Jesus Christ is credited with establishing than those who claim Him to be their Saviour!!! If I hadn’t looked at the stats with my own eyes I would not have believed it. Out of 12 questions about the Bible and Christianity your average Christian could correctly answer only 6.0 questions. Atheists/Agnostics came in statistically with 6.7 right answers with Jews slightly trailing at 6.3.

Out of curiosity, I took a similar test consisting of 15 questions that Pew has online at http://features.pewforum.org/quiz/us-religious-knowledge/index.php in order to see how hard were these questions. I thought it was easy, scoring correctly 14 out of 15 questions. I missed the question about teachers being allowed by the U.S. Supreme Court to lead a class in prayer in U.S. public schools. When I was in public school during the 1960s in New Hampshire my public school teacher read from the Bible and led us in prayer. Okay, things change.  But even with my blooper I still came in ahead of 99% of everyone else who took the test, including university students with post-graduate training who got only 68% right.

Yeah, I know. I’m a preacher and I better know my stuff. But really, these questions were just so…. Well, so basic. I wonder what kind of results a Pew Reseach Center survey would get if they asked really important questions about what the Bible teaches on issues of spiritual life or death?

I just finished celebrating the annual round of Scripturally sanctioned Holy Days that Jesus and his original disciples personally kept as recorded in the Gospels and the Book of the Acts of the Apostles. Yet most Christians as well as fun-loving Atheists, Agnostics, and not a few assimilated Jews will be celebrating this Fall and Winter the Halloween and Christmas holidays—being ignorant of what the Judeo-Christian scriptures actually teach. Does it matter?  Any excuse for a party, right?

Well, you might check out what Jesus thought about those who play fast and loose with true knowledge, or who think that going along with the crowd is bliss even if it is in ignorance.

Jesus replied, “You hypocrites! Isaiah [the 8th century B.C.E. prophet] was right when he prophesied about you, for he wrote, ‘These people honor me with their lips, but their hearts are far from me. Their worship is a farce, for they teach man-made ideas as commands from God.’ For you ignore God’s law [the knowledge actually found in the Bible] and substitute your own tradition” (Mark 7:6-8 New Living Translation).

I guarantee that whoever prefers to live in ignorance rather than in truth will not find bliss in the World Tomorrow that Jesus talked about throughout the Gospels.