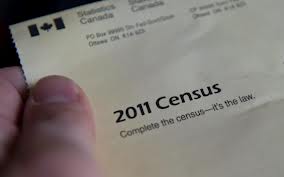 Statistics Canada released  a wave of statistics this week derived from its 2011 census, revealing the trends in the evolution of the Canadian family.

Essentially the stats show that the sanctity of traditional marriage between a man and a woman remains the gravitation pull for most Canadian families though it is gradually weakening. Nevertheless, for the time being it remains, according to Stats Canada, the predominant form of “social organization.”

Of the total 9,389,700 family “social units” counted in Canada by the 2011 census, about two-thirds were still headed by married, opposite sex couples—some 67 percent or about 6.3 million couples.

When the stats for heterosexual common-law (1.6 million) couples are added to those of heterosexual married couples—the traditional coupling between the opposite sexes (7.9 million couples) is revealed to be vastly more attractive to the average Canadian than homosexual coupling options—of which there were only 64,575 same-sex couples representing just 0.3 percent of all Canadian couples in this last census!

This leads one to wonder why the gatekeepers of our Canadian media organizations give so much coverage and attention to such an unpopular, tiny minority viewpoint on social organization, that represents only about one-third of one percent of all Canadians!

Wouldn’t it be a more profitable use of the media’s time and effort to focus on the needs of average Canadians—to talk about how to improve the relationships of heterosexual couples and their families? Sometimes it seems the media is more interested in dishing out a special interest group’s propaganda rather than rendering service on the more pressing needs of the nation.

And heterosexual couple’s relationships do need attention if we are going provide the nourishing emotional and material environments needed to rear a new generation prepared to move forward or even just to sustain our nation.

Fifty years ago in 1961, 91.6 percent of our family households were based on married couples. These people engendered a generation that was able to carry Canada to the prosperity we enjoy today. Will the present generation of couples who are having fewer children [1.9 in 2011 instead of 2.7 in 1961] be able to do as well or even better than their predecessors?

The significant decline in the number of couples willing to publically commit to each in marriage has significant implications that touch both the public and private domains of life. 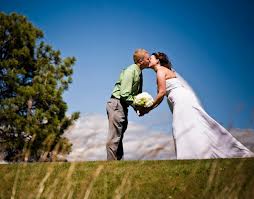 By their very nature common-law relationships are formed by people who are unwilling to make a public and legal profession of commitment to each other. This means that the families founded by such people are more inherently  unstable than those from the ranks of the committed. Common-law couples in Canada now account for 16.7 per cent of all families or 1.6 million couples—an increase of 13.9 percent since the last census.

While some common-law couples and single parent households do a good job rearing children, many do less than a stellar job. This is why teachers working at schools with catchment areas full of common-law and single parent households have classes in which a high percentage of their students come to school lacking the emotional maturity, self-discipline, and even material resources needed to make the most of their educational opportunities.

The Maclean’s magazine issue of Sept. 10, 2012 features the cover story: “Crisis on Campus—The Broken Generation—A shocking number of Canadian students feel depressed, even suicidal. Why our best and brightest are so troubled.”

Educators use all sorts of euphemisms to describe this dysfunctional situation that is a growing problem in elementary, secondary, and post-secondary educational institutions. But it all comes down to the declining numbers of Canadian families willing to tie the knot and make it hold tight in order to do the hard work needed to prepare their children for the difficult business of living in this challenging world. 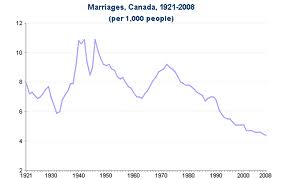 Perhaps this growing Canadian reluctance to commitment in our personal sexual relationships also mirrors our decline in spiritual commitment to the God of the Bible? People wonder why they don’t sense the presence of God in their lives. Perhaps this is one reason.

You cry out, “Why doesn’t the Lord accept my worship?” I’ll tell you why! Because the Lord witnessed the vows you and your wife made when you were young. But you have been unfaithful to her, though she remained your faithful partner, the wife of your marriage vows.

Didn’t the Lord make you one with your wife? In body and spirit you are his. And what does he want? Godly children from your union. So guard your heart; remain loyal to the wife of your youth. “For I hate divorce!” says the Lord, the God of Israel. “To divorce your wife is to overwhelm her with cruelty,” says the Lord of Heaven’s Armies. “So guard your heart; do not be unfaithful to your wife.” Malachi 2:14-16 NLT