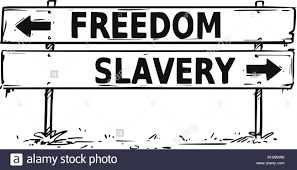 Governments around the world, especially in Canada, have gone Covid-bat crazy, ignoring established constitutional/charter rights, issuing dictates like vaccine passports that are all aimed at pressuring  us to give up all sorts of freedoms including our right to bodily autonomy. And what is bodily autonomy? —that quality or state of being self-governing. In other words: my body my choice when it comes to medical treatments.

But through their “mandates,” despite denials, governments are in effect reducing us to a state of slavery. They issue dictates and we must comply or else! Throughout history slaves were deprived of their freedom. They had no right to make their own decisions about even their own body since they belonged to the master. And the master could coerce his slaves in any way he wanted. A slave is never asked for his or her freely given consent.

While Covid has been a deadly threat to certain elderly populations with serious health problems and impaired immune systems, it is however an extremely small risk to others. Less than 0.071 percent of the Canadian population has succumbed to the disease. That’s not even 1/10 of 1 percent! And yet this is supposed to be a pandemic? The Bubonic Plague a.k.a the Black Death that struck Europe in 1347 to 1353 killed an estimated 30% to 60% of the population—not less than 1/10 of 1 percent!

The overwhelming majority of people have sufficiently healthy immune systems that allow them to beat the virus and recover without hospital care or ill effects. Nevertheless, governments are refusing to recognize that the people who have had a Covid infection have been gifted with a naturally acquired immunity—which may be stronger and longer-lasting than that conferred by vaccination!

While I am unaware of any government in the Western world that is now forcibly apprehending their vaccine hesitant citizens and holding them down in order to forcibly inject them with this experimental gene therapy, they are doing the next best thing. Governments are threatening unvaccinated people with the loss of their livelihood, the loss of their mobility, and the loss of their being able to fully participate in society. In essence, many Western governments have decided to create a two-tier social system, a sort of medical aparteid in which a compliant class is favoured by the State with perks while an unfavoured class is discriminated against and punished for having “wrong think.” The scapegoating of minorities has a long sordid history, and the unvaccinated are increasingly being reviled by politicians and the media as ignorant and selfish. Such scapegoating and punishment of those not eagerly embracing government dictates brings back memories to me of my experience behind the Iron Curtain in Communist Hungary in 1973. 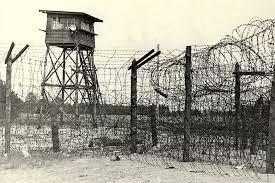 But now I wake up in the Canada of 2021 and discover many government and related entities have issued so-called mandates—really just dictatorial orders—to force people to be injected with an experimental gene therapy that is demonstrably causing an absolutely unprecedented amount of adverse reactions involving death and permanent disability when compared to the data about all the other vaccines over the last 30 years.  Employees who refuse to comply with employers’  mandates are being put on unpaid leave. In Canada unpaid leave means that your employer has tossed you out of work without paying severance, while at the same time depriving you of your ability to file for unemployment insurance payments. In essence, these pernicious Canadian employers are creating a financial crisis for those who do not wish to comply to the State’s orders.

This is straight-forward persecution for those whose religious faith or personal conscience tells them not to consent to the government’s heavy-handed vaccine “mandates.” The only response is prayer, heroic endurance, and resistance. If you’re in Canada check out the Justice Centre for Constitutional Freedoms. They can use your help to help fund the various law suits they’ve filed to ask the courts for relief from the federal and provincial governments overweening attacks on our Charter rights (www.jccf.ca). To understand the spiritual battle that’s going on and to find encouragement, I suggest you check out the Judeo-Christian Foundation at http://judeochristianfoundation.org/ or http://cogwebcast.com/  A time may be coming of a famine of the Word, but it is not yet.