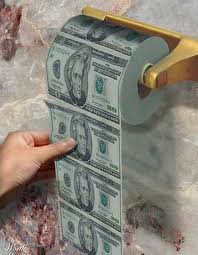 The phrase “point of no return” sounds ominous. And indeed it is. Among today’s financial analysts there are those speculating about just how much more money the U.S. Federal Reserve can create by digital keystrokes in order to buy the U.S. Treasury Bonds no one else in the world wants to buy before oil exporters of the Middle East and manufactured goods exporters of eastern Asia will refuse to accept U.S. dollars in payment for their stuff.

Truly the governors of the Fed are between a rock and a hard place. With the U.S. Fed’s second round of quantitative easing scheduled to end in three weeks from today, everyone is holding their breath to see what comes next. Will they raise interest rates to attract buyers to T-Bill auctions? Such a raise would push up the value of the dollar and push down commodity prices while probably pushing Main Street’s economy back into a full-blown recession. Or will they launch a third round of quantitative easing, QE3, weakening the value of the dollar (perhaps precipitously if they trigger a panic of lost confidence around the world), hastening the coming demise of the U.S. dollar as the world’s reserve currency while at the same time sending the price of stock equities and commodities including oil and gold skyrocketing.

Probably they’re going to end up trying both options “A” (save the dollar) and “B” (save the economy). When “A” works too well they’ll hurriedly switch to “B” when the howls of financial pain rise to a deafening roar and American cities start to burn!

The U.S. economic policymakers are going to be damned if they do and damned if they don’t. Their wildest dreams right now must be about discovering some magic way to just muddle through this astounding mess.

You ask, just exactly when will the U.S. dollar, the world’s reserve currency, pass the point of no return and become worthless for all practical intents and purposes? What is the tipping point? Well, there are quite a few financial analysts who are far more knowledgeable about the economy than I am who believe that we’ve already gone too far to return to “normalcy.”

Dear reader, you understand the future implications of this, don’t you? Most people stop considering information that makes them feel uncomfortable or insecure or fearful. Our human nature yearns for the deceptively comfortable, the reassuring voice that all’s well, over the disquieting, dissonant voice speaking the plain truth. But you aren’t like most people because you realize that allowing yourself to be willfully blind to what is coming will prove to be far more dangerous to you and your family’s future welfare. After all, being forewarned gives you a chance to be forearmed. 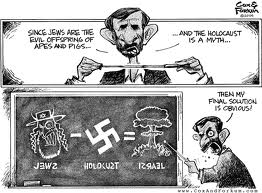 If this situation with the U.S. dollar weren’t enough, Gregory Jones, a U.S. weapons expert affiliated with the Pentagon-connected RAND Corporation think-tank said that Iran is just eight weeks away from producing enough highly enriched uranium to make a nuclear bomb. Mr. Jones’ calculations are based on information release last month by the International Atomic Energy Agency (IAEA) and are considered credible and were published last week by the Nonproliferation Policy Education Centre. Mr. Jones noted:

It is unclear what actions the U.S. or Israel could take (short of militarily occupying Iran) that could now prevent Iran from producing nuclear weapons. The reality is that both the U.S. and Israel have failed to prevent Iran from gaining the ability to produce nuclear weapons whenever Iran wishes to do so. It is time to recognize this policy failure and decide what to do next, based on a realistic assessment of Iran’s uranium enrichment efforts (Peter Goodspeed http://fullcomment.nationalpost.com/2011/06/07/goodspeed-iran-may-be-two-months-from-bomb-two-new-studies-say/).

So, we are fast approaching another point of no return. News like this doesn’t bode well for a peaceful future in the Middle East or the rest of the world. Remember Iran’s president Mahmoud Ahmadinejad is not like the West’s old “honourable” Russian communist foes of the cold war era with whom we could work out a way to avoid mutually assured destruction. Ahmadinejad’s motivation is very different.

As a radical Shiite Muslim with a predilection for apocalyptic Madhi/Islamic Messiah prophecies, Ahmadinejad’s religious beliefs make him positively itch for the day when he can threaten Israel, the U.S. military forces in the Persian Gulf area, and also Europe with nuclear annihilation if he doesn’t get his way. He has surrounded Israel on the north by his Hezbollah Lebanese and Syrian proxies and in the south by his Hamas Palestinian proxies and he supports his allies with money and weapons. Finally developing a nuke will just give Ahmadinejad that much more leverage on both his friends and enemies.

Both of these issues that I’ve written about in this blog just won’t go away without having some sort of significant affect on YOUR life at some point in the relatively near future. How are you going to cope when the bad news hits?

Some people are preparing for this future when our present assumptions can no longer be assumed by buying lots of gold, and stockpiling food and firearms. In their fear and anxiety they are only looking at the physical and are neglecting what is far more important. Consider these words of Jesus of Nazareth:

21 Yes, a person is a fool to store up earthly wealth but not have a rich relationship with God. 22 Then, turning to his disciples, Jesus said, “That is why I tell you not to worry about everyday life—whether you have enough food to eat or enough clothes to wear. 23 For life is more than food, and your body more than clothing. 24 Look at the ravens. They don’t plant or harvest or store food in barns, for God feeds them. And you are far more valuable to him than any birds! 25 Can all your worries add a single moment to your life? 26 And if worry can’t accomplish a little thing like that, what’s the use of worrying over bigger things…. 34 Wherever your treasure is, there the desires of your heart will also be.

35 “Be dressed for service and keep your lamps burning, 36 as though you were waiting for your master to return from the wedding feast. Then you will be ready to open the door and let him in the moment he arrives and knocks. 37 The servants who are ready and waiting for his return will be rewarded. I tell you the truth, he himself will seat them, put on an apron, and serve them as they sit and eat! 38 He may come in the middle of the night or just before dawn. But whenever he comes, he will reward the servants who are ready (Luke 12 New Living Translation).

Are you ready to meet God? This coming weekend is Pentecost. I’ll be speaking on this subject on Saturday and Sunday at 11:30 a.m. Pacific Daylight Saving Time on http://cogwebcast.com/ Join us online and be prepared for what’s coming.