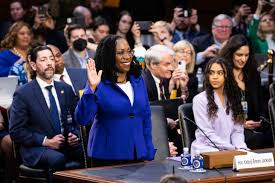 During her confirmation hearings this week before the U.S. Senate judicial committee, U.S. Supreme Court nominee Ketanji Brown Jackson refused to define what a woman was under questioning by Sen. Marsha Blackburn, saying she could not do so because she was “not a biologist.” The following day, Texas Sen. Ted Cruz resumed questioning nominee Jackson, “Let me ask you, as a judge, how would you determine if a plaintiff had Article III (legal) standing to challenge a gender-based rule, regulation, policy without being able to determine what a woman was?”

Ketanji Brown Jackson answered saying, “Senator, I know I am a woman and Sen. Blackburn is a woman and the woman I admire most in the world is in the room today, my mother,” Jackson responded.

But Sen. Cruz pressed his point, “Under the modern, leftist sensibilities, if I decide right now that I am 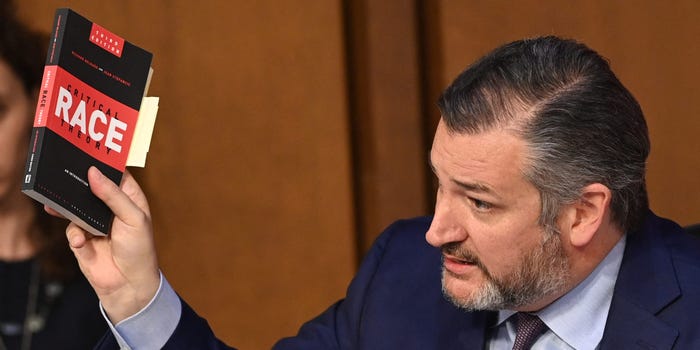 a woman, then, apparently, I am a woman. Does that mean I would have Article III (legal) standing to challenge a gender-based restriction?” Jackson wouldn’t say.

One of the earliest foundational revelations of the Bible is that when God made human beings He created them in the image of God: “He created them male and female” (Genesis 1:27)

Almost two thousand years later, the Apostle Paul additional stated that there would be the dire consequences for any people or society who preferred to live according to illusions rather than God’s truth, which the New Covenant Scriptures define broadly as reality.

“They know the truth about God because he has made it obvious to them.  For ever since the world was created, people have seen the earth and sky. Through everything God made, they can clearly see his invisible qualities—his eternal power and divine nature. So they have no excuse for not knowing God” (Romans 1:19-20).

“Yes, they knew God, but they wouldn’t worship him as God or even give him thanks. And they began to think up foolish ideas… As a result, their minds became dark and confused. Claiming to be wise, they instead became utter fools….So God abandoned them to do whatever shameful things their hearts desired. As a result, they did vile and degrading things with each other’s bodies. They traded the truth about God for a lie. Since they thought it foolish to acknowledge God, he abandoned them to their foolish thinking and let them do things that should never be done. Their lives became full of every kind of wickedness,…  They invent new ways of sinning” (Romans 1:21-30).

When a nominee to the U.S. Supreme Court prefers to say good-bye to Reality and hello to illusion, you can know the whole society is on the downward slippery slope to social disintegration.