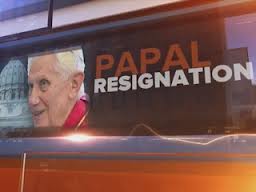 So Pope Benedict XVI, born Joseph Ratzinger, is resigning at the end of this month due to old age. Papal spokesmen assure us, repeatedly, that the still living and kicking but soon-to-be former Pope will not participate in the cardinals conclave in March to select his successor at this second-oldest, on-going “Christian franchise,” the Roman Catholic Church (RCC). Ah yes, we hear from the authorized sources the strict observance of the explicit “letter of the law”—the RCC’s canon law—in public.

But how should we weigh the “spirit of the law” aspects of such a statement? After all, such pre-emptive assurance of Pope Benedict’s non-interest in handpicking his successor is being conveniently offered to us by the employees of the same man who long-ran that secretive multi-national church corporation’s Holy Office of the Inquisition (better known more recently as the Congregation for the Doctrine of the Faith) before becoming Pope!

Should we trust a church hierarchy that still officially denies that it systemically covered up and “managed” for hundreds and hundreds of years the fall-out arising from its numerous priestly pedophiles? Granted, however, that we must acknowledge that the RCC will now 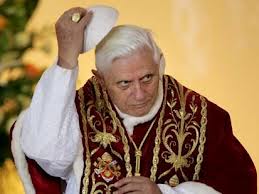 apologize publicly for their priests’ licentious behaviour and pay compensation to victims. But still, should we trust them?

Actually, I admire Pope Benedict for this pro-active initiative to assure an orderly succession to the top job at the RCC. By resigning now while his mind is still sharp he can make a strong effort to influence the outcome of the cardinals’ vote.  And it goes almost without saying that the “right” man to become the new Pope will be the one who will continue Pope Benedict’s conservative policies. Actually those policies are really just a continuation of those of his predecessor, Pope John Paul II.

Conservative Catholics are probably relieved by Pope Benedict’s succession gambit. They, like their last two popes, are wary of the moral relativism that is dominating the Western world at this point in time. They don’t believe that all is just a matter of personal preference and opinion. They believe that Truth with a capital “T” really does exist.

Since they also believe that the Pope has the authority to define doctrine in their church, and to make definitive statements concerning truth and falsehood; it is essential, from their point of view, that the “right” man be elected as the next Pope.

I don’t fault them for their logic. After all, if a new Pope was elected who had a secret agenda to institute “reforms” allowing gay marriage, 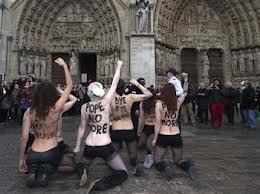 ordination of women, abortion, euthanasia, and easy divorce—well, all would be lost for those supporting conservative values in the RCC. And that’s the flaw in the Catholic tradition of Christianity.

Catholics believe that the Pope is the Vicar of Christ—that he rules as a substitute for Christ and has final authority. In essence, the RCC makes a man and that man’s opinions the arbiter of what is Truth or falsehood.

The gospel of Jesus Christ, however, teaches something else:

Sanctify them [that is to say: purify, consecrate, separate them for Yourself, make them holy] by the Truth; Your Word is Truth. John 17:17 Amplified Bible

When Satan tried to tempt Jesus Christ to enact something, to follow a policy that would, in essence, make an accommodation to a personal preference or desire, Jesus rebutted the Adversary, making this statement on the real source of authority:

But Jesus told him, “No! The Scriptures say, “People do not live by bread alone [by any material or human means alone], but by every word that comes from the mouth of God.” Matthew 4:4 New Living Translation 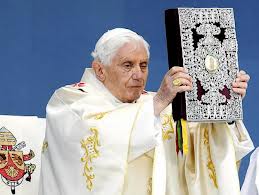 wrong is by Sola Scripture, which in Latin means by Scripture Alone. It is the Judeo-Christian Scriptures alone that reveal the Truth. It is never a question of merely any man’s or woman’s personal opinion or preference, whether that person is elected a Pope or not!

All Catholics, all Protestants all secular people, and all believers in other religions are eventually going to learn the answer to this question about where ultimate, legitimate authority rests. Most will learn the hard way at some time in the future. You can learn this right now and act on it to become consecrated to God as His own son or daughter—a higher spiritual office than any earthly Pope— if you will allow the Word of God to direct you into living in and by His Truth.