So, for your entertainment pleasure the American TV network NBC is offering you a new series called Hannibal. The new program is about the duplicitous Dr. Hannibal Lecter—psychologist, connoisseur, and gourmet cannibal. I suppose one of the “charms” of this new series will be the constant stream of new guest stars who make short on-camera appearances before being transformed into gourmet entrées for the “good” doctor’s dinner parties. 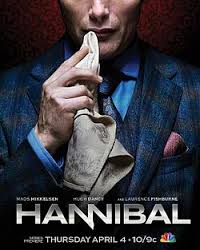 Danish actor Mads Mikkelsen has been cast as the TV version of Hannibal Lecter. Mikkelsen confessed to some initial reluctance to take on the role when first offered it because he thought Anthony Hopkins had turned in such a consummate portrayal of the Hannibal character in the movie The Silence of the Lambs. But it would seem that the Danish actor found some thespian, if not spiritualist, inspiration to bring the TV Hannibal Lecter “as close to Satan as can be,” according to journalist Frazier Moore of the Associated Press. For Mads Mikkelsen, Hannibal the cannibal isn’t your classic psychopath or serial murderer. No, no, no! This is your charming, sophisticated fallen angel who sees beauty in murder and dining pleasure through cannibalism.

But what the heck, in Canada we don’t have to watch NBC to satisfy our inner cannibal. All we have to do is pick up the newspaper and read about the trial of Luka Magnotta, the Montreal gay pornographic actor, who murdered and chopped up a the Chinese student Lin Jun in May 2012, and then mailed the victim’s body parts to the several Canadian political parties and schools.

When police figured out through surveillance footage that the “perp” was Magnotta, they searched his apartment and found plenty of gruesome evidence. Written in red ink in his closet was the chilling statement: “If you don’t like the reflection. Don’t look in the mirror. I don’t care.” 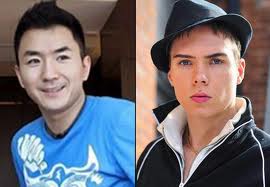 Discovered, Magnotta had fled the country to Europe, but eventually German police apprehended him at an Internet café in Berlin while he was killing some time reading online news stories about himself. Like Mads Mikkelsen, Magnotta, was also trying to get “as close to Satan as can be.”

It beats the life out of me trying to figure out why the NBC executives gave a green light to the TV series Hannibal. But obviously they are convinced that a mass audience will find it entertaining to watch someone act “as close to Satan as can be.”  Why are these TV big shots doing this? Don’t they understand the simple concept “monkey see, monkey do”? Can’t they understand what will result from promoting this spiritual darkness to their audience of millions of viewers? But that’s the point. Perhaps, they do understand.

Think about the moral darkness possessing the gatekeepers of America’s major entertainment corporations. Think about how these gatekeepers have used and are continuing to use the media as a tool for the changes they want to see. What do you think? Will you watch Hannibal on NBC? Or will you take your cues from another source. Jesus of Nazareth said this: