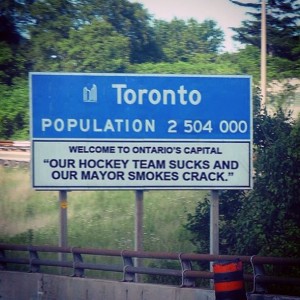 Now that they’ve taken their lumps—what is the best medicine that could be prescribed for Rob Ford, Mike Duffy, Pamela Wallin, and Patrick Brazeau?

What disqualifies a person from leadership? Can a fallen leader be restored?

It would seem this is the hot topic in Canada these days. The front pages of our two national newspapers, the National Post and the Globe & Mail, were completely taken up by a massive photo of Toronto’s mayor Rob Ford and stories about the mayor’s acknowledgement that he smoked crack cocaine while in a drunken stupor.

Of course, Rob Ford’s confession makes it obvious by his own acknowledgement that he told the public, his own family, and his closest political allies a pack of lies for a long time.

And then there is the case of the three Canadian Senators, Mike Duffy, Pamela Wallin, and Patrick 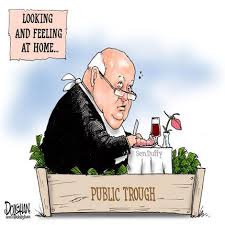 Brazeau, who were all suspended from the Canadian Senate for submitting falsified expense claims. As a direct consequence they have been tossed into seeming political oblivion. Their security passes, government credit cards, Blackberry phones were all immediately cut off and their personal office staff fired. The dishonesty of the three motivated the Senate to act swiftly in order to salvage something of that institution’s tattered reputation.

What disgrace! They are examples of leadership that failed the test. Sure, they disappointed many Canadians, although it must be said that there are many more people who cynically believe all politicians are corrupt, anywise, so what can you expect! Many today do take it for granted that our political 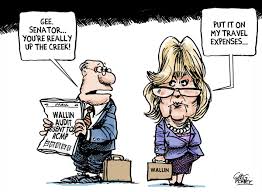 leaders are all crooks and liars. And, consequently, in a perverse sort of way we’re not too offended when we get what we expect. In fact I’ve heard that the popularity approval rating of Mayor Ford in the polls has risen since his dramatic confessions this week.

We all know that our leaders are subject to human frailties. But, really, is it beneficial to the wellbeing of our communities and our nation as a whole to set the bar of what we expect from our leaders so low? Do we really want our leaders “living down” to cynical expectations and so become self-fulfilling prophecies? I don’t think so.

In former times Canadians widely believed and would acknowledge that the Judeo-Christian scriptures set their expectations concerning their own personal behaviour as well as for those in leadership positions. That’s why the city of Toronto was formerly known as “Toronto the good” in years now long past. The bar of the public’s expectations concerning personal conduct was then set much higher. 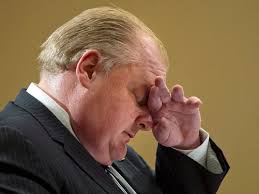 It is true that according to the teachings of the Bible, God DOES expect A LOT from both the leaders AND the led—from all those who pay Him lip service. Didn’t Rob Ford invoke God’s blessing on the people he’s supposed to be serving during one of his tumultuous press conferences this week?

Nevertheless, despite the blatant hypocrisy common to our secular 21st Century, many still expect 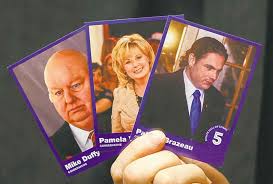 our leaders to carry out their service both faithfully and with dignity. Having the leader of Canada’s largest city confess before millions that he smoked crack while in a drunken stupor, while in the company of a bunch of druggies, is just plain embarrassing. We want our leaders whether in politics, sports, or business to at least put on a public veneer of a good example for our children even if we mostly do think they are all corrupt.

So, what’s the bottom line for our leaders with proven feet of clay? After falling so low, could and should Rob Ford, Mike Duffy, Pamela Wallin, and Patrick Brazeau still be forgiven and restored to positions of leadership? Could they once again regain our full confidence? It all depends.

King David of ancient Israel, who was himself no stranger to some stupendous moral lapses during the course of his leadership, came to understand this issue thoroughly. He learned what good leadership requires. His dying words are still relevant. David put his epitaph this way:

The Lord’s Spirit spoke through me, and his word was on my tongue. The God of Israel spoke; the Rock of Israel said to me: “Whoever rules ·fairly [justly; righteously] over people, who rules ·with respect for God, is like the morning light at ·dawn, like a morning without clouds. He is like sunshine after a rain that makes the grass ·of the earth sparkle and gleam”….

But all ·evil [worthless; godless] people [both leaders and the led] will be thrown away like thorns that cannot be held in a hand. No one can touch them  except with a tool of iron or wood.  They will be ·thrown in [consumed by] the fire and burned where they lie (2 Samuel 23:2-4, 6-7 Expanded Version).

Such consequences are indeed far worse than mere public embarrassment and humiliation. Remember, vengeance ONLY belongs to God—something the Toronto city council and the Conservative Party of Canada would do well to remember.

So can such fallen leaders be restored? While public apologies are a good start, more is needed. A real leader like King Dave, for example, is one who learns from his or her mistakes, genuinely repents from the heart of what is morally and ethically wrong and then initiates thorough change in their personal behaviour—and so turns from black to white, death to life, political oblivion to productive leadership, spiritually speaking.  That’s how King David responded to one of the most famous moral lapses of all time when he failed to fulfill his leadership duties before God, his family and the whole nation. You can read about his “news conference,” tears and confessions in Psalm 51.

Perhaps it would be encouraging—or maybe just plain shocking—to realize that even if Rob Ford, Mike Duffy, Pamela Wallin, and Patrick Brazeau had committed both murder and adultery in the course of their duties, they could be forgiven by no less than God Himself and restored to their positions of leadership—if, and only if they would humbly, totally, and sincerely acknowledge their faults, repent of them all, and then completely change their corrupt behaviour. After all, we all have had feet of clay at one time or another during the course of our years. The wages of sin is death, but the gift of God is life.

Biblical repentance  means not just saying you’re sorry, but effecting a complete transformation of one’s attitudes and behaviour in those areas in which one committed a sin: i.e. smoking crack cocaine, abusing alcohol, lying, cheating on one’s expenses, threatening others, etc, etc.

Much has changed in the last 3,000 years since the days of King David. But it would appear that human nature is not one of them! Consequently, godly repentance is still the best medicine for the moral and ethical sicknesses that will periodically afflict our souls and the souls of our leaders.