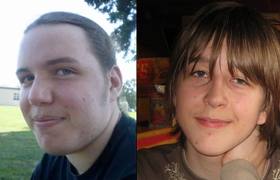 How do we, as a society, effectively respond to evil? This week the B.C. Supreme Court Justice Robert Johnston sentenced Kruse Hendrik Wellwood, 17, and Cameron Alexander Moffat, 18, to life in prison with no possibility for parole for 10 years. They were convicted by a large amount of grisly evidence and by the testimony of their own mouths.

What was the crime Wellwood and Moffat committed? Judge Johnston said,
“It goes without saying first-degree murder with intent to kill is the most serious of offences. The circumstances of this murder as admitted by the young persons are so horrific that no words can adequately convey the inhumane cruelty these young men show Miss [Kimberly] Proctor. They planned in advance to sexually assault and kill Miss Proctor. They chose her because they thought she would be an easy target, not necessarily because either of them had any ill will towards her.”

After sentencing, outside the courtroom, Fred Proctor, the father of Kimberly Proctor, said of Wellwood and Moffat, “To me they’re just monsters and monsters are not rehabilitatable.” Mr. Proctor disputed the appropriateness of the judge’s sentence arguing that the murderers deserved the death penalty for their actions.

Wellwood and Moffat lured Kimberly Proctor to Wellwood’s home in a Victoria, B.C., suburb where they bound and gagged her, raped her, beat her to the point of breaking bones, strangled her, mutilated her body with a knife, performed necrophilia, put her body in the freezer and then dumped her body in a lonely public park, setting fire to the remains in an effort to destroy any evidence. Victoria’s Times-Colonist, April 5, 2011, reported:

“Psychiatric and psychological reports on the teens—who were 16 and 17 at the time of the murder—show they are at a high risk to re-offend violently and sexually. The reports also show there is little chance they can be rehabilitated.”

These two young men admitted deriving an overwhelming adrenalin rush from inflicting pain, suffering, and death on another human being. They exhibited a complete lack of conscience, empathy, and heart. Doing evil gave them pleasure. In fact, their blood lust was driving them to repeat their monstrous offense. When police finally caught up with them, the sadistic teen murderers had already identified their next victim.

So, ten years from now, should Wellwood and Moffat get their parole and be released at ages 27 and 28, respectively, would you like them living next to you? Talking to your daughter or granddaughter? That’s what our present legal system is planning. Is this justice? Or is this a perversion, a mockery of genuine justice?

What is the just thing to do with our “Wormwood and Malediction?” Well, if our society had not turned its back on the God of the Judeo-Christian Scriptures we would know exactly what to do with these monsters. We would know which laws should to be enacted and enforced to effectively produce a society of increasing peacefulness rather than the one Kimberly Proctor found herself living in.

But, of course, these days our mainstream media, as a general rule, mocks the Creator God and ignores His teachings. Our media’s gatekeepers shutout and marginalize as eccentrics and troglodites those social conservatives who would point us back to humanity’s original instruction book as the source for understanding the nature of justice and its administration.

But instead we see a secular society that is increasingly clueless about how to effectively “weed and feed” the ordinary garden variety type of human dandelions much less how to actually cut off by the roots the noxious giant hogweed sort of evil among us. Consequently what we see is a society where the value of human life is on sale and getting cheaper by the day as we degenerate.

You and I are stuck with a practically unaffordable big government legal system that spawns systemic injustices of all sorts leading inevitably to crowded, revolving door Club Feds from which people like Wormwood and Malediction walk out scot free after a few years of being fed, housed, and supervised at great public expense.

How long will this go on? I would guess until we learn our lessons.

The first lesson is that any society that cuts itself off from its Creator eventually becomes corrupt, filled with violence, brutal, and cruel, engendering many  individuals who lack natural human affection (cf. Genesis 6:11 & 2 Timothy 3:1-4).

The second lesson is that the “Fear of the Lord is the foundation of true knowledge, but fools despise wisdom and discipline” (Proverbs 1:7 New Living Translation).

Now when it comes to properly rewarding murderers, the Creator has something to say to those charged with administering justice:

And I will require the blood of anyone who takes another person’s life. If a wild animal kills a person, it must die. And anyone who murders a fellow human must die. If anyone takes a human life, that person’s life will also be taken by human hands. For God made human beings in his own image (Genesis 9:5-6 NLT).

As a society, we have a God-given responsibility to administer justice to cold-blooded murderers by executing them. This is the instruction of the Creator God who made man and woman in His image and breathed into them the breath of life. The consequences to our society for its failure to atone for the shedding of innocent blood by executing convicted murderers is to bring some measure of blood guilt upon our entire community (cf. Deuteronomy 19:13 and 21:8-9). As a direct result of our lack of motivation to see justice done as prescribed by the God of Justice, it will not go well with our communities. As it was written so long ago,

Justice, and only justice, you shall follow, that you may live and inherit the land that the LORD your God is giving you (Deuteronomy 16:20 English Standard Version).