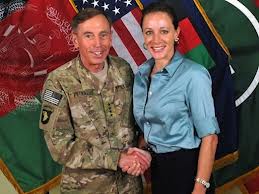 Mark Twain once wryly remarked—essentially—that to not keep up with the news was to be un-informed. But to slavishly believe all that the news media puts out means only that one becomes mis-informed. How much can we really believe about the various news reports concerning the General David Petraeus affair?

I mean, really, what am I to think of the fact that the nation’s former top spy, CIA director Petraeus, didn’t know how to keep secret his adulterous affair with Paula Broadwell?

And Broadwell herself wasn’t an ordinary—married—civilian biographer type who just fell in love with the object of her literary obsession. She was also a former U.S. Army intelligence officer! And she is also accused of having a “substantial” quantity of classified government data on her home computers.

General Petraeus, did you betray us? The American president assures us, “No.”

Can I really believe that Petraeus and Broadwell were, in fact, just silly and hormonal, acting like adolescent kids in high school? And, the timing of the Petraeus affair hitting the news, is it just a coincidence, what with Barak Obama just re-elected as president, and Congress wanting Petraeus to testify about the recent Benghazi terrorist attack that killed the American ambassador to Libya as well as several other American operatives?  As Shakespeare might have penned in an updated version of Hamlet if he was alive and now writing: Something is rotten in America!

What’s really going on? Can we really know? What are we to make of the scent of skullduggery and adultery going on amongst the power elite of Washington? Is anyone among these leaders passionate about their people’s welfare and their people’s business rather than their own sexual and/or political passions? 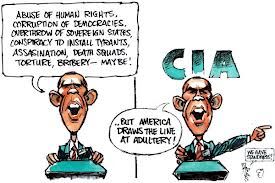 Consider this warning from the prophet Isaiah about what lies ahead if we continue on the present path of collapsing morals and crumbling ethics exemplified by the Western world’s leader—America:

Ah, sinful nation, a people laden with iniquity, offspring of evildoers, children who deal corruptly! They have forsaken the Lord, they have despised the Holy One of Israel, they are utterly estranged. Why will you still be struck down? Why will you continue to rebel? The whole head is sick, and the whole heart faint. From the sole of the foot even to the head, there is no soundness in it, but bruises and sores and raw wounds….

Your country lies desolate; your cities are burned with fire; in your very presence foreigners devour your land; it is desolate, as overthrown by foreigners….

Except the LORD of hosts had left us a very small remnant, we would have been as Sodom; we would have become like Gomorrah (Isaiah 1:4-7 English Standard Version, v. 9 Coulter translation).

Has Petraeus betrayed us?  President Obama and the FBI assure us that it doesn’t seem the general passed any secrets to his lover—at least that’s what the paper trail seems to say, according to press releases from this power elite. But how about the pillow talk? 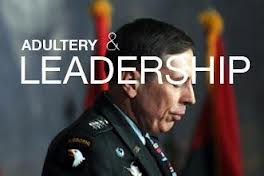 Regardless of national security matters, Petraeus the adulterer  is no longer a good role model that Americans and their friends in the West can look up to for inspiration. Why even the Taliban is having a good laugh right now at the mighty Petraeus’ feet of clay.  The shame of it all! Giving such a misogynistic enemy a reason to mock the former point man in the West’s battle against backward, vicious, Islamists!

Sadly, the Petraeus affair is just the tip of an iceberg that merely hints at the enormous danger lurking just out of sight under the official, politically correct waterline: the wide spread decay of the West’s morals and ethics, rotting the heart and soul of our Western civilization from the inside out.

For some time this soul rot has been spreading widely among both the leaders and the led. Throughout history, the loss of noble virtues and high moral standards of conduct have always been the accurate indicators of a societal weakness leading to a political entity’s decline and eventual collapse. Trouble and danger come because moral rot provides the ideal growth medium for tyranny and oppression to flourish. This holds true whether we’re talking about the imaginary Empire of Star Wars fame or today’s American Empire as well as the European Union.

But all is not lost. Hope remains. A small remnant yet perseveres and stands in opposition to this moral landslide. If you resist willful blindness and listen carefully, you might hear the few voices quietly speaking, giving this warning:

Beware! Those who promise you freedom from biblical morality and ethics offer you a politically correct license to commit sexual immorality. Be these seducers high and mighty or low and humble, they are but deceitful pied pipers who desire to lead you to a wasteland devoid of inner peace, intimacy, and personal happiness.  They led Petraeus. And they are leading America also into utter ruin and disaster.  Consider this warning by the Apostle Peter about such cunning pied pipers: 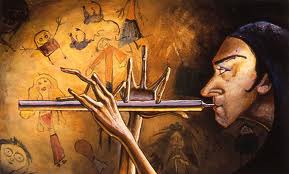 They have wandered off the right road and followed the footsteps of Balaam son of Beor, who loved to earn money by doing wrong. But Balaam was stopped from his mad course when his donkey rebuked him with a human voice.

These people are as useless as dried-up springs or as mist blown away by the wind. They are doomed to blackest darkness. They brag about themselves with empty, foolish boasting. With an appeal to twisted sexual desires, they lure back into sin those who have barely escaped from a lifestyle of deception. They promise freedom, but they themselves are slaves of sin and corruption. For you are a slave to whatever controls you. And when people escape from the wickedness of the world by knowing our Lord and Savior Jesus Christ and then get tangled up and enslaved by sin again, they are worse off than before (2 Peter 2:15-20 New Living Translation).

One thought on “General Petraeus, did you Betray Us?”