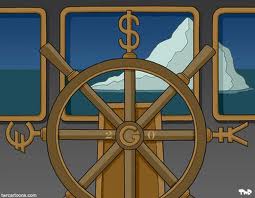 This evening I listened to the 6 p.m. news on CBC’s Radio 1 to catch up on the latest. The lead story was about the Executive Director of Scouts Canada resigning after less than a year in her new job. Next, there was a story about women and mammograms, or perhaps more accurately, when women shouldn’t get mammograms, as they have been over prescribed.

And then, there was a report about how the U.S.’s congressional super committee composed of 6 Republicans and 6 Democrats failed to agree on how to begin to cut the U.S.A.’s trillion-dollar budget deficit. Presently, for every dollar the U.S. federal government spends, it must borrow 36 cents. That means 36 percent of its budget must be financed by borrowing the money from the financial markets!

But, is it really news that the political situation in the U.S.A. is deadlocked and the nation divided. Most Americans know something about their unsustainable budget fiasco. They also know they are lacking the sound leadership to do something about their predicament, so their confidence in their elected representatives in Congress is at an all time low.

But it was the last part of this particular CBC news story that caught my attention. To conclude the reporting on the American impasse, the CBC cut away for a comment on the super committee’s failure by Christine Lagarde, who is the head of the International Monetary Fund. She remarked somewhat cryptically that this American bad news is especially ill-timed considering the extremely delicate situation in Europe.

Really, CBC ignored the biggest news story in the world at this moment that should have been last night’s lead. This story is about the unraveling of the European financial system, the Euro, and possibly the European Union itself, and how this is going to profoundly affect the lives of all of us living here in North America and everywhere else in the world.

Do you remember that it was the financial crisis of the 1930s that lead to the rise of the Nazis in Germany, the fascists in Spain and Italy, the militarists in Japan, and the isolationists and appeasers in the United States, the United Kingdom, and France? The final outcome of all that economic volatility and bad or inadequate political leadership in the 1930s was the Second World War.

Craig Alexander, who is Senior Vice President & Chief Economist of the TD Bank Group (one of the major Canadian banks), sent out an unusually sober briefing on November 21, 2011, to the bank’s investing clientele, observing:

The European debt crisis is like the Energizer bunny. It keeps going, and going, and going. Financial markets remain gripped by events in Europe; and, this is entirely appropriate. If Europe loses control of the situation the resulting government debt defaults could lead to European bank failures that could, in turn, create a global financial crisis akin – if not worse– to that in late-2008.

There have been several recent key developments. First, major European banks now face the very real possibility of failing in the near future. As Porter Stansberry wrote in the S&A Digest last Friday:

Most of Europe’s major banks are insolvent. But only in the last week have they lost most of their access to additional funding. Their key source of funding has been U.S. money-market funds. But these funds are bailing out of Europe as quickly as they can. The result is a run on Europe’s banks. This crisis is now past the point where the authorities can hope to control the situation. We are now days (not weeks or months) away from the first major bank failures.

The United State’s renowned investment “Oracle of Omaha,” Warren Buffet, while traveling in Japan on November 21, commented about the Euro zone crisis stating: 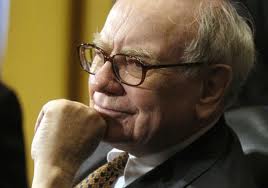 The system as presently designed has revealed a major flaw. And that flaw won’t be corrected just by words. Europe will either have to come closer together or there will have to be some other rearrangement because this system is not working.

The bottom line for Mr. Buffet is that the survival of the European Union (EU) itself is “in doubt now.” Buffet is following the European situation closely because he has more the U.S.$2 billion invested in Munich Re, a German re-insurance company.

Even that old staid Swiss bank, Credit Suisse, —where I once had a bank account during my 1970s student days in Switzerland—believes that the Euro sovereign debt crisis is now so bad that it will require a dramatic, massive intervention by the European Central Bank to cover the losses:

We seem to have entered the last days of the Euro as we currently know it. That doesn’t make a break-up very likely, but it does mean some extraordinary things will almost certainly need to happen – probably by mid-January – to prevent the progressive closure of all the Euro zone sovereign bond markets, potentially accompanied by escalating runs on even the strongest banks.

Something dramatic is going to happen—soon—that is going to reshuffle the world’s geo-political-financial deck of cards in order to save Europe’s house of cards. Some astute financial commentators are expecting that we will see the most massive government intervention in history to the tune of trillions in order to adequately monetize the bad European debt. This is going to mean big time inflation.

As Mr. Alexander wrote in his investment news update:

The recent developments leave the end game for Europe still unclear. A default by Greece is inevitable, but that is old news now. The worry last month was about contagion, and the risks on this front have clearly intensified. European leadership still appears to be lacking. Despite announcements of new plans to address the crisis in mid-July and late-October, implementation of those policies has not occurred. Progress needs to be made urgently…. It seems the final outcome in Europe will be some form of a fiscal union and the launch of Eurobonds—but this will not happen soon. If the political system cannot deliver this end game and conditions start to spiral out of control, the ECB will step in and act as lender of last resort. This would arrest the financial crisis but also create a new set of economic and financial problems. We’ve gone from a world of banks too big to fail, to a world of countries too big to fail. The implication is that three of the top financial themes will be volatility, volatility, and more volatility.

A series of soon-coming events are going to affect your life and my life—and not for the good! Just think. Over the last few weeks the German Chancellor and the French President forced the democratically elected prime ministers of Greece and Italy to step down and to be replaced with unelected European Union bureaucrats, whose self-interest and obligations for their position rest with the EU rather than the people they are now governing.

There’s a lot I could say about how what is presently going on in this world is leading to a dramatic fulfillment of biblical prophecy. How Germany is using and will continue to use its pre-eminent financial position to achieve what it could not gain in Europe by force of arms both 72 and 97 years ago. Wealth is power in 2011. Watch out!

The spiritual bottom line to our current financial crisis, really, is that neither the 99.9% of this world’s elite nor the average person in the street really believes in using the teachings and instructions written in Bible as a basis for organizing our financial and social systems. Why? Because they don’t really believe that the God of the Judeo-Christian scriptures actually exists or that He has the authority to instruct us on what should be done. So, we ignore the cornerstones of the biblical economic system with its periodic secured and unsecured debt forgiveness and mortgage write-downs, real property asset re-allocations (see Deuteronomy 15:1-11 and Leviticus 25:9-18), as well as the responsibility to establish sound money based on a combined gold/silver standard (Ezekiel 45:10-12).

These elements of the divine economy would have prevented the perfect financial storm fueled by debt, fiat paper money, greed, and fraud that is soon to hit this world. We have ignored God at our peril and will pay the consequences. Nevertheless, our merciful God is not out of the picture and He does have a plan to pick up the pieces after humanity will have proven itself incapable of organizing a financial and political system that is just, equitable, fair, and just plain works without regularly throwing the entire world into a state of economic volatility with its recessions/depressions and sometimes war. As the prophet said so long ago:

Remember this, you sinners; consider what I have done. Remember what happened long ago; acknowledge that I alone am God and that there is no one else like me. From the beginning I predicted the outcome; long ago I foretold what would happen. I said that my plans would never fail, that I would do everything I intended to do (Isaiah 46:8-10 Good News Translation).

This is better news than anything you will hear, see, or read about over the next few years.

One thought on “Ignoring the Big Bad Wolf? Take warning from reliable sources!”