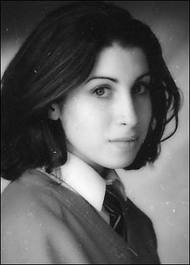 What remains to be said about the tragic death of the famed jazz-soul singer Amy Winehouse? Well, in the secular press you’ll find lots of comments that go something like this: A short sad life, such a waste of talent. Too bad. All true, but not very illuminating or helpful for others.

The Economist news magazine made a deeper analysis in its obituary of Winehouse with this observation:

“Perhaps above all, her life was a lesson in the dangers of early, overwhelming fame—and an admonition to a popular culture that, like a primitive religion, revels in the destruction of its gods” (“A losing game,” Aug. 4, 2011).

Not bad! But still there is a more profound lesson that may be drawn from Winehouse’s recent induction into Club 27’s list of notable dead young musicians that includes: Kurt Cobain, Jimi Hendrix, Janis Joplin, Jim Morrison, and Brian Jones among at least 43 others.

While I don’t believe in magic, I do believe that there is such a thing as a curse. The Bible warns:

“For people who hate discipline and only get more stubborn, there’ll come a day when life tumbles in and they break, but by then it’ll be too late to help them” (Proverbs 29:1 Message version).

Amy Winehouse’s parents, Janis and Mitch Winehouse, a few years ago publicly lamented how their daughter’s remarkable, explosive career as a singer/songwriter [her 2006 album Back to Black won a record 5 Grammys] pushed them to the fringes of her new, highly successful but also highly stressful life.

From Mitch and Janis Winehouse’s perspective, their beloved little girl was transformed seemingly overnight into a popular culture music “god,” who was now surrounded by an entourage of “cool” drug-abusing music scene types and tabloid media hacks who fed off her like sharks at feeding time. Their “little angel Amy” became bad girl Winehouse who could be counted on for a good time by music scene low lifes and a stream of outrageous headlines for the tabloid rags. For years Winehouse’s lifestyle of binge drinking, occasional violence, and poly-drug abuse amply fed these various parasites while simultaneously driving her parents to despair. 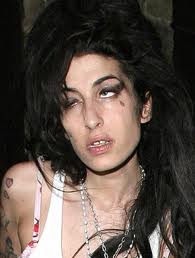 The Winehouse family tried repeatedly to intervene in their daughter’s life because they knew she needed rescuing from her own self-destructive behaviour. But their efforts availed little because Amy refused to fully cooperate with her parents and change her lifestyle. After all, overcoming addiction and other destructive behaviours requires a meaningful commitment on the part of the one with the problem. In spiritual language this is called repentance.

For those willing to hear—making the Fifth of the Ten Commandments part of your lifestyle offers protection from the personal unhappiness that comes from practicing the primitive, self-destructive religion lived by so many of today’s ”entertainment false gods.” In contrast to depression, unhappiness, violence, and addiction, the Fifth Commandment offers the blessing of strong families and peaceful, happy lives. Such a good blessing is explicitly promised by that commandment:

Honor your father and your mother, as the LORD your God has commanded you, that your days may be long, and that it may be well with you in the land which the LORD your God is giving you. Deuteronomy 5:16 (NKJV)

Of course, this vitally important principle of living was not just taught by the Old Covenant. The Apostle Paul made sure it was thoroughly ingrained in the ethos of the nascent Christian church:

Children, obey your parents in the Lord [as His representatives, His co-Creators in your existence], for this is just and right.
Honor (esteem and value as precious) your father and your mother—this is the first commandment [or “the preeminent commandment”] with a promise—
That all may be well with you and that you may live long on the earth. Ephesians 6:1-3 Amplified version.

It should be noted that the Fifth Commandment was not just directed to young children who are still living at home with their parents. Jesus Christ made the specific point in the Gospel of Mark chapter 7 verses 10-11 that it continued to be the duty of adult children!

God’s law, His Moral Logic of the Universe always works—doesn’t matter whether you believe there is a God or not —it works for both believer and non-believer. This was a core teaching of the Apostle Paul:

When the Gentiles [non-Jews] sin, they will be destroyed, even though they never had God’s written law. And the Jews [Amy Winehouse was Jewish], who do have God’s law, will be judged by that law when they fail to obey it. For merely listening to the law doesn’t make us right with God. It is obeying the law that makes us right in his sight. Even Gentiles, who do not have God’s written law, show that they know his law when they instinctively obey it, even without having heard it. They demonstrate that God’s law is written in their hearts, for their own conscience and thoughts either accuse them or tell them they are doing right. And this is the message I proclaim—that the day is coming when God, through Christ Jesus, will judge everyone’s secret life (Romans 2:12-16 NLT

Amy Winehouse very publicly failed to obey the Fifth Commandment. Consequently, she also failed to receive the commandment’s promise of long life, well-being, and a happy family of her own. Instead she got the curse of an early, untimely death. This is the totally un-PC lesson you’ll never read about in the secular press. But it is the truth.

One thought on “A Lesson from Amy Winehouse”