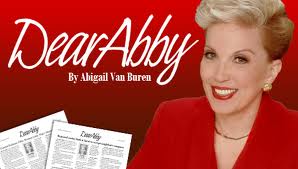 I opened the newspaper today and read about the death of Pauline Phillips a.k.a. Abigail Van Buren of “Dear Abby” fame. While I was growing up the “Dear Abby” syndicated column was as much of interest to me as the thoughts expressed on the editorial page, and sometimes it was even more interesting than the front page for that matter.

But I doubt that today the views of “Dear Abby” or of her sister in advice-giving “Ann Landers” would be picked up as content suitable for publication by today’s mass media empires. You see, the Abby and Ann type of advice with its emphasis on moral absolutism—stuff like adultery, promiscuous sex, and lying always being wrong—is no longer fashionable among the “politically correct,” the elite gatekeepers of society who exercise considerable control over what is perceived as acceptable or not today. 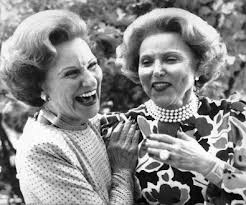 You see for the power elite setting society’s agenda these days the advice of poor Abby and Ann are just too 1950ish. They are seen as being too judgmental. Why, they had the brazen nerve to write that pleasure and “doing your own thing” ARE NOT the final arbiters in determining what is right or wrong. Abby and Ann thought personal integrity and sexual responsibility actually counted for something. How foolish and naïve of them!

The passé commonsense preached by those Jewish ladies is perceived as being stuck in a time when actual biblical values were still taught in the churches and synagogues; and the Holy Scriptures were actually read even in the public schools— and  portrayed in the movies and on television. Horrors! How antediluvian! How backwards!

But now in 2013 society has “progressed” or at least, moved on. Consider this sample of the post-modern enlightened social values being fostered at one of Canada’s most influential universities:

The University of Toronto, you will be edified to know, is “kicking off its annual Sexual Awareness Week” next Monday at a downtown Toronto club, the Oasis Aqua Lounge, where swingers are welcome. Facilitating the adventure is the university’s Sexual Education Centre (SEC), which arranged for students to pay only $5 a person instead of the $40 per person Oasis usually charges.

As I said of Yale’s sex week, this tarted-up promotion of voyeurism “strikes me as nothing more than a forum conceived to proselytize the student body on the cultural virtue of dumbing deviancy down, and to shame students who adhere to traditional moral standards of reasonable restraints on sexual gratification.” http://fullcomment.nationalpost.com/2013/01/16/barbara-kay-university-of-torontos-pimps-r-us-program-offers-discounts-to-sex-party/

The group’s mission is to foster a sex-positive attitude in the greater U of T area, by offering information, programming, safer-sex supplies, and peer counselling in a welcoming environment. Their sexual awareness week includes a discussion on sex positivity, an interactive sex toy demonstration and an afternoon of pornography. The first event is the party at Oasis [Aqua Lounge]: the organization rented the club and lowered the price to $5 a person. http://www.thestar.com/news/gta/article/1315033–university-of-toronto-student-group-hosts-epic-sex-club-adventure

“I’ve got something to say. Is anybody listening? I’ve a warning to post. Will anyone notice? It’s hopeless! Their ears are stuffed with wax—deaf as a post, blind as a bat. It’s hopeless! They’ve tuned out God. They don’t want to hear from me. But I’m bursting with the wrath of God. I can’t hold it in much longer. “So dump it on the children in the streets. Let it loose on the gangs of youth. For no one’s exempt: Husbands and wives will be taken, the old and those ready to die; their homes will be given away—all they own, even their loved ones— When I give the signal against all who live in this country.” God’s Decree. “Everyone’s after the dishonest dollar, little people and big people alike. Prophets and priests and everyone in between twist words and doctor truth. My people are broken—shattered!—and they put on Band-Aids, saying, ‘It’s not so bad. You’ll be just fine.’   But things are not ‘just fine’! Do you suppose they are embarrassed over this outrage? No, they have no shame. They don’t even know how to blush. There’s no hope for them. They’ve hit bottom and there’s no getting up. As far as I’m concerned, they’re finished.” God has spoken. God’s Message yet again: “Go stand at the crossroads and look around. Ask for directions to the old road, the tried-and-true road. Then take it. Discover the right route for your souls. But they said, “Nothing doing.” Jeremiah 6:10-16 The Message.

Isn’t it funny that a message written almost 2,600 years ago is just as relevant today as it was to the people to whom it was first delivered?  Human nature hasn’t changed much. 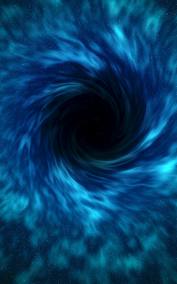 The people who scoff at the moral, ethical values taught by the Judeo-Christian Scriptures are creating their own future black hole of despair into which they are being sucked. Sex can be extremely pleasurable, which is why the earth’s human population has tended to grow rather than shrink over the millenia. But such pleasure without morality is just plain old-fashioned lust—not love!

Lust is a sinful behaviour, spiritually speaking according to the Judeo-Christian perspective. And in the end, those who become slaves to sin—yes, sin is addictive—lose all chance at finding the intimate happiness that flows from being with one’s true love, one’s soul mate. And, as it is written, anyone who becomes such a slave to lust also loses out on any chance of God’s gift of living eternally in His Kingdom of truth and light, because the wages of sin is death. Death is not living in an ever-burning hell (God is not a bondage freak), but rather death is the complete termination of consciousness and being, the end of all life (Romans 6:23).

Your average person is reluctant to consider his or her convictions, prejudices, and even superstitions. It is the rare person who has the curiosity and courage to look through the so-called “progressive” attitudes popular in this present society and turn away from them. In the Scriptures this is called repentance. Anyone who has been caught up in the sin of lust must repent of it to become part of God’s family and to take up what He offers to those who obey Him (Luke 8:21).

While the example of the University of Toronto student association that I cited here is an extreme—variations on, or echoes of that theme can be found reverberating throughout our society and its forms of entertainment. What starts on university campuses today becomes social mainstream behaviour tomorrow. This degeneration of sexual morals is the future of this society, a future that will be dark and violent due nation-wide moral bankruptcy.

As a whole, human beings are reluctant to admit error and so most embrace willful blindness to avoid doing so. But like the prophet Jeremiah, I would encourage you to take to the tried-and-true road of personal integrity and sexual responsibility as taught by the Scriptures. If you do this, you will keep both your “Dear Abby” mind and your happiness while others will lose whatever they think they have.