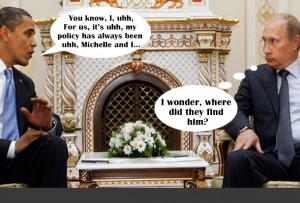 When it comes to the quick and successful Russian occupation of the Crimean peninsula, U.S. President Barak Obama insists that Russian President Vladimir Putin is “on the wrong side of history.”

Again, in comments about the Crimean takeover, British Foreign Secretary William Hague said, “The world cannot just allow this to happen.” But neither Obama administration nor the other Western democracies are even remotely suggesting they use the military option to meet such aggression with determination and power.

Neither Obama’s America nor the European Union will risk going to war with Russia over the fate of the Crimea or even ALL the eastern Russian-speaking half of the Ukraine. It’s just Putin’s for the taking.

Like the recent crisis in Syria over the use of poison gas to kill Syrian rebels and civilians, it appears that Putin’s Russia is setting the agenda in the arenas of its choosing. 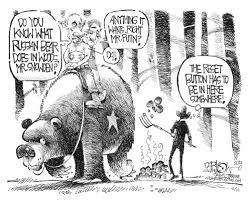 media, Putin is remarkably media savvy. He has cleverly stage-managed a Crimean velvet invasion, avoiding nasty scenes on the nightly news and Internet of Russian troops causing violence and bloodshed.

Still, whatever the Russian rationale (and they can make an interesting case) the heart of the issue remains clear in international law: invasion of one state by another without a serious existential threat or provocation in order to annex coveted territory is plainly and simply a no-no. If not effectively opposed and reversed what’s happened in Crimea will be a blinking neon sign advertising that its now open season for the world’s aggressors to initiate a new round of changes to the world’s maps.

What’s at stake is not just about defending the right of Ukrainians to decide their own future. What’s hanging in the balance is the whole structure of current international relations and the present status quo. Is the crisis in the Ukraine announcing the sunset of the American Empire? Has America effectively abandoning its role as the world’s policeman?  And, if it will not longer act as the dominant power of the world—how long will it be before the American dollar also loses its role world’s reserve currency? The implications of all this is profound. Is the American era unraveling and coming to an end before our very eyes?

The consequences of what has happened in Crimea should not be viewed in isolation from what has been happening elsewhere on the world stage over the recent past. There are some principles 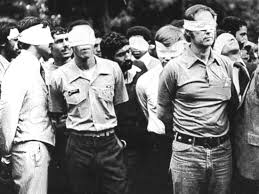 of human affairs that are immutable. High stakes diplomacy is inevitably a test of wills. Every act by a state during a crisis signals either of its strong will and convictions or its lack thereof. Weakness invites more aggression.

The present situation calls for a beefy presidential backbone rather than a turkey wishbone to be sitting in the Oval Office. Many commentators are drawing parallels between Jimmy Carter’s weak presidency and that of the current occupant of the White House. But actually, the situation for America now is much more dire now than it was 35 years ago during the Iranian hostage crisis. 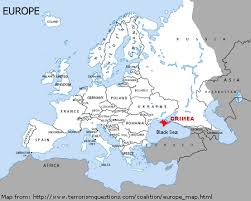 Without strong leadership from America, the rest of the Western democracies will prove unwilling to make any move that could harm their own narrow economic interests and/or complicate their domestic politics. Besides, all together, the Western allies just don’t possess the raw military power that the U.S. does.

Although the United States actually has the power to force a reversal of the Crimean takeover, America’s political leadership doesn’t have the strength of will that comes from strong moral convictions to actually use that power to stand up for the underdog Ukrainians.

Of course this isn’t the first time the current U.S. president preferred wet noodles over backbone. This is the same president who last year refused to force the Shi’ite Iranians to stop developing their nuclear weapons program that threatens to destroy and/or intimidate America’s major allies in the Middle East: Jewish Israel and the Sunni Arab petro-states of the Persian Gulf.

So why does the United States lack the backbone to speak softly while credibly threatening to use their great big stick on the world’s bullies? Why indeed! 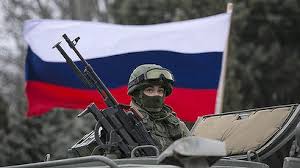 The answer is surprising.

From its founding, America thought of itself as an “exceptional” nation, a shining city on the hill beckoning all of humanity to embrace high moral values. The explicit foundation of this American “exceptionalism” was the nation’s Judeo-Christian morality, which was sustained by a vibrant personal religious zeal that believed that faith must be put into action whatever the cost in time, treasure, and blood. This lively personal piety flowed from the private sphere into the public sphere to enlighten the conduct of the nation’s business. Judeo-Christian morality informed the government in its policies, diplomacy, and even the exercise of power. Americans saw themselves as the best hope to change and improve the world. And they did something about it because they believed they had a mission to do so.

But for two generations now the well-spring of American exceptionalism has been dramatically drying up just like the American Southwest has been drying up in its worst drought in 500 years. In 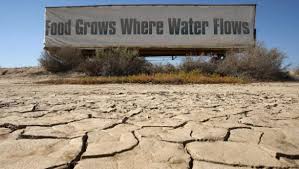 fact most leaders of the American public sphere can no longer sincerely proclaim “In God We Trust” without a large dose of brazen hypocrisy. I almost gag when I hear some particular American politicians say, “God bless America.” They are such hypocrites!

Major segments of America’s leadership have completely turned their backs on biblical morality and are actively seeking to undermine and destroy it.

Consequently, the shining city is being transformed—rapidly now—into a 21st Century version of Sodom and Gomorrah with a heavy emphasis on prosperity and almost none on biblical morals. The shining city on the hill is fast becoming a den of iniquity that must resort to buying its lovers attention since it can no longer attract them with the beauty of sincere high moral virtues.

As a direct consequence, the Bible’s God promises that He will “break the pride of your power” (see Leviticus 26:18-19). God is speaking in this scripture of an “exceptional” nation that once publicly claimed Him far and wide as their God. But such a people later turned against Him and became degenerate in the both public and private spheres as defined according to the biblical scriptures. As a consequence, those people were punished and punished some more until they repented of their faithlessness and turned back to their God.

Leviticus 26:18-19 (ESV) 18 And if in spite of this you will not listen to me, then I will discipline you again sevenfold for your sins, 19 and I will break the pride of your power, and I will make your heavens like iron and your earth like bronze.