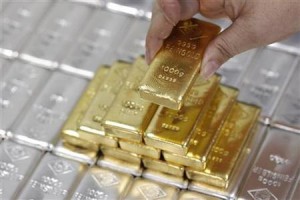 Starting on June 3, 2011, and continuing periodically throughout the summer a group of wealthy individuals hiding behind anonymity and fictitious names with false return addresses began distributing on the Internet site Alfredlittle.com a string of hard-hitting allegations against Silvercorp Metals Inc. alleging various forms of fraud in accounting practices, production statistics, and asset transactions.

Silvercorp is a mostly China-focused precious metals miner whose shares trade on the New York and Toronto stock exchanges under the symbol SVM. The company is considered so significant by the financial industry that its stock is included in the calculation of several bellweather S&P/TSX indices. 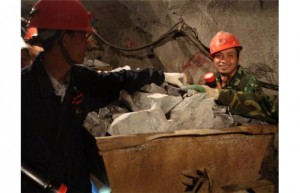 Taking advantage of a generalized public suspicion about the reliability of the financial statements of some Chinese businesses, this group of anonymous accusers, who are part of what Silvercorp’s chairman labels the “short and distort industry,” has been able to successfully effect wild price swings in the stock’s value by spreading allegations that Silvercorp’s chairman, Dr. Rui Feng, vociferously rebuts as lies.

Is this a classic smear campaign orchestrated by a group of false witnesses to make huge profits from engaging in what is known by the financial industry as “short selling”? In Silvercorp’s case these rumors are estimated to have wiped out at least temporarily about $1.5 billion from the company’s total value in stock. 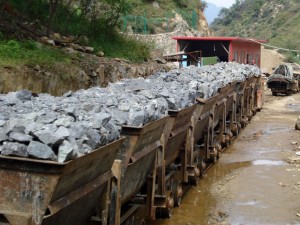 Legitimate short-sellers regularly make bets or speculations on information derived from market research or maybe just following up a hunch with old-fashioned on-site investigation. Bad financial news resulting in under-performing quarterly results will drive down the price of a stock. Short-selling a Company’s stocks in such instances is a fair game and legal in most Western countries. But to deliberately spread false rumors and lies in a campaign to manipulate a stock’s price is, however, explicitly illegal. The British Columbia Securities Commission is looking into the Alfredlittle.com allegations.

“Simon Moore,” who claims to be the managing editor of Alfredlittle.com, in his defense of the authors’ use of anonymity in writing their inflammatory reports, states that the allegations were compiled by Chinese nationals who are “risking their necks” in a nation without our standards of freedom of speech. It is true that China does lack the rule of law according to Western standards.

Yet, It’s amazing how much money could perhaps be made from “bearing false witness against your neighbour.” The anonymous Alfredlittle.com short-selling authors admit to having a motive to benefit financially from what they call “truthful allegations.” Profiting from a string of accusations while hiding behind a shield of anonymity is suspicious. But where does the truth lie in this matter? It’s hard for the stockholders to tell, isn’t it?

Did you know that the Judeo-Christian scriptures talk extensively about this issue? Human nature has not changed over the millennia and getting to the bottom of highly charged accusations was already a major issue 3,400 years ago. Read what Moses wrote in the Law of God:


16 If a malicious witness testifies against someone accusing him of a crime, 17 the two people in the dispute must stand in the presence of the LORD before the priests and judges in authority at the time. 18 The judges are to make a careful investigation, and if the witness turns out to be a liar who has falsely accused his brother, 19 you must do to him as he intended to do to his brother. You must purge the evil from you. 20 Then everyone else will hear and be afraid, and they will never again do anything evil like this among you (Deuteronomy 19:16-20 Holmen Christian Standard Bible). 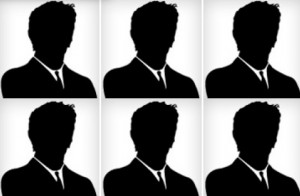 From the viewpoint of the Scriptures, anonymous accusations or denunciations of a crime were inadmissible in any legal proceedings against God’s people in ancient Israel. And, the punishment for transgressing the law and accusing someone falsely was to be appropriate to the damage caused by the false accusation. If you were a false witness guilty of accusing someone falsely of a capital crime, punishable by death, then you would receive that just punishment yourself. If you accused someone falsely of a property crime, then you would have to make the appropriate restitution to the victim.

According to Jesus of Nazareth, bearing false witness or lying is such an important issue that from a spiritual perspective it becomes a life or death issue (cf. Matthew 19:17-19). In fact, the fate of “all liars,” of all who knowingly convey untruth by word or deed, was to be tossed into the lake of fire, which is the second death. (Revelation 21:6-8) Eternal death, that’s definitely not worth risking for the sake of making just a few millions dollars through a fraudulent smear campaign.

If you would like to know more about this subject in detail, go to my video on this subject posted online at: http://cogwebcast.com/sermons/video-archives/divine-directives-the-ninth-commandment/