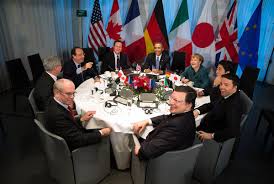 There were important international meetings this week in the Western world that resulted in some speeches by various leaders of the West, a number of press conferences, and even a non-binding U.N. resolution denouncing Russia’s annexation of Crimea. We heard a lot of talk about “isolating” Russia, including throwing them out of that exclusive club formerly known as the G-8, as well as a series of announcements applying travel restrictions and financial sanctions on maybe 30 to 40 insider Russians and pro-Russian Ukrainians.

But the uncontestable bottomline is that Crimea is now a part of Russia and the West has proven itself to be impotent to do anything more than talk and issue vague threats about what will happen if Putin continues to be a bad boy. 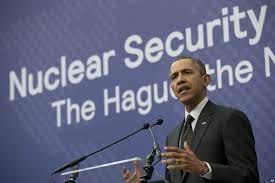 For the new interim government in Kyiv, the depths of their defeat in Crimea has now come into sharp focus. Igor Tenyukh, Ukraine’s interim defense minister, resigned this week, taking the blame for this catastrophe. He learned the hard way that Western talk was no match to Russian resolve and organization. Of course the Ukrainian defense minister was also shamed by the fact that about three-quarters of his Ukrainian military force stationed in Crimea decided to switch sides and swear allegiance to their Russian rivals!

All this seems to lend credence to the feeling by many observers that the new anti-Russian Kyiv government is utterly incompetent if not delusional.

For example, when announcing her intention to run for the Ukraine presidency in the upcoming May elections, Yulia Tymoshenko—the former prime minister of Ukraine who had previously lost the 2010 presidential elections to Viktor Yanukovych who was then forced out of office about a month ago by the street rioting in Kyiv — this same Yulia promises the voters of Ukraine that she 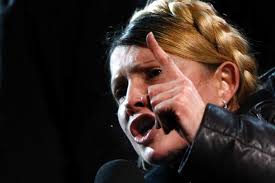 can work miracles to revive Ukraine’s disorganized, corrupt government, and turn around the bankrupt national economy, while at the same time re-arm its military with the latest weapons in order to force the “return” of Crimea from Mother Russia.

Good luck with all that, Yulia! From the results of her first term in office I would be somewhat skeptical about her ability to make good on her promises.

The United States and European Union are going to have to bail out the Ukrainians to the tune of tens of billions of dollars/euros— repeatedly. They have announced that they going to do this. But why?

Since neither the United States nor the European Union were willing to risk going to war with the Russians over Crimea, I doubt they would be able to bring themselves to put it all on the line for any other piece of the Ukraine should the Russians decide to carve off another chunk when provided with an appropriate excuse by the Kyiv government itself!

Why keep the Ukrainian government afloat with its polarizing, unrealistic leaders like Yulia? Just so that they can foment another crisis with the Russians sometime in the near future, and so set up the Western powers for a repeat demonstration to the world of their complete political impotency? 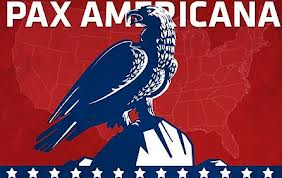 States to exercise effective leadership in international affairs. And for 70 years or so now the developed world has mostly enjoyed a Pax Americana of peace and prosperity. But the age of American hegemony is obviously weakening.

Three times now Vladimir Putin has put America to the test and found it wanting: by slapping down the nation of Georgia in 2008, by protecting the Bashar Assad regime in Syria from Western bombing in 2013, and now by annexing Crimea. Russia acted on its interests contrary to the United States and nothing of any significance happened as a result. The U.S.A.’s decline is on open display.

The consequences of this American political impotency are just starting. Consider this: 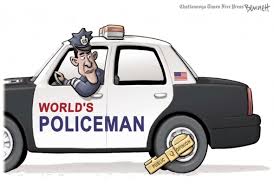 “Last week [Israeli Defense Minister] Ya’alon spoke at a forum at Tel Aviv University that was closed to the media. There he bemoaned the Obama administration’s abandonment of the US’s traditional role as the world’s policeman and considered its significance for Israel. With regard to Iran’s nuclear program, Ya’alon said that the time had come for Israel to recognize that the US has not met its expectations and taken the lead to prevent Iran from acquiring nuclear weapons. As a consequence, “We [Israelis] have to look out for ourselves,” (Caroline Glick, “Why bring down Ya’alon,” Jerusalem Post, Mar. 24, 2014).

The Czech Republic daily newspaper, Lidove Noviny, remarked in despair and frustration, “Putin’s signing of the annexation treaty is a done deal. This deal reflects the West’s helplessness—all it could manage in response are declarations and sanctions. These are steps which simply cannot stop the Russian president.”

Petras Vaitiekunas, the Lithuanian ambassador to Ukraine, was quoted by the business newspaper, Verslo Zinios, in saying that the day the Crimea voted to join Russia was “the day when the world order collapsed, which for 69 years has guaranteed the peace of Europe.”

Wild exaggerations? How long will it be before the next test comes? How long will OUR North American peace and prosperity zone last if this display of U.S. impotence continues?

If you’re wondering why America and the West have become politically impotent, read my previously posted blog. Obama and America need to clean up their own act before they are in any position to tell off Putin and Russia with even a remote chance of success.