Last week Mark Carney, present governor of the Bank of England and chairman of the International Financial Stability Board (as well as a well-respected past governor of the Bank of Canada), strongly warned a conference on “Inclusive Capitalism” at the City of London—which was attended by the elite money managers in charge of one-third of the world’s investable money (about $30 trillion—yes that’s trillion not billion!) that they cannot take the continuation of the capitalist system for granted because the basic social contract has been breaking down! 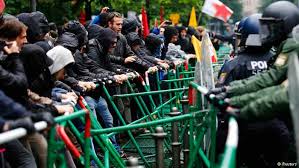 Carney argued that capitalism in the 21st Century will only survive if it delivers on a social contract between money and the people. It’s what Carney calls an “inclusive capitalism” that provides: 1) “relative equality of outcomes,” 2) “Absolute equality of opportunity,” and 3) “Fairness across generations.”

While in his position as governor of the Bank of England, Mark Carney is moving forcefully to reform the financial system by clarifying some of its technical problems, but he acknowledges the reality that no amount of government regulation could possibly save the world’s financial system from its worst problem—its own unbridled greed and self-interest. Carey noted:

“Integrity can’t be bought and it can’t be regulated!”

Carney is concerned that not enough has changed in the trading pits of the money trolls since the world financial system’s near-death experience in 2008. At that time the trolls of finance like a 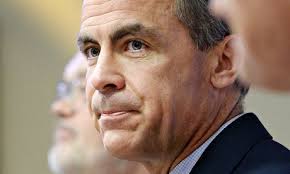 bunch of alcoholics woke up after a long binge of rising markets only to suddenly discover that their sophisticated “funny money” financial instruments (derivatives & securitized debt) weren’t worth what they thought they were and couldn’t cover their losses when other risky, opaque investment bets soured. So who did cover the financial system’s losses in 2008? Well, it was you and me, the taxpayers of the Western world—NOT the financial trolls! Carney acknowledged this:

“Major banks were too big to fail operating in a privileged ‘heads-I-win-tails-you-lose’ bubble. Bankers made big sums in the [2008 investment market] run-up, they were well compensated after the hit [after the bailouts] and taxpayers picked up the tab for the failure.” 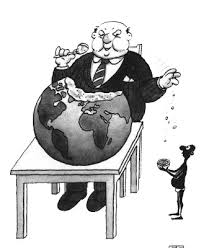 None of the executives of the financial institutions that suddenly lost hundreds of billions and so created the 2008 crisis were ever charged with a crime. Instead they got to keep the megabucks in salaries, commissions and bonuses that they parasitically sucked from the system. This has severely shaken the public trust in the financial sector.

Carney wants to rebuild the public’s trust in the markets integrity by eliminating the implicit privilege of those who think they are “to big to fail,” as well as eliminating the rigging of commodity, fixed income, and derivative markets and their benchmarks rates by creating an open transparency to ensure “fair and effective markets.” Carney also notes that while many banks have codes of ethics, he doubts many of the employees know what is in them; and he wants stronger consequences for violating ethical codes of conduct including “professional ostracism.”

Also to be reformed are the executive compensation schemes that delivered huge bonuses for short-term gains but that obligated a financial institution to a dangerous long-term risk.  Instead performance pay would be evaluated over a longer term and subject to being reduced. Last of the reforms that Carney is proposing is the building of a stronger sense of vocation and responsibility in finance, one with high ethical standards. Impossible? 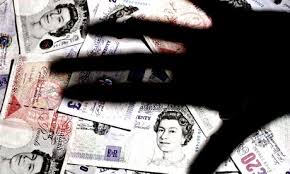 had a “corrosive” impact on what he called the “social fabric”—i.e the growing inequality in the Western, developed world.

Carney admonished the trolls that “finance has to be trusted”; and that they must consider toning down their overweening sense of greed and selfishness. He suggested gently to them that they ought to consider the greater good of all for a change: “There needs to be a sense of society.”

Perhaps in this regard, if Mark Carney wanted to stimulate his audience to re-consider their trollish ways, he should have reminded his audience of Jesus’ sarcastic parable of the dishonest manager.

Jesus told this story to his disciples: “There was a certain rich man who had a manager handling his affairs. One day a report came that the manager was wasting his employer’s money. So the employer called him in and said, ‘What’s this I hear about you? Get your report in order, because you are going to be fired.’

“The manager thought to himself, ‘Now what? My boss has fired me. I don’t have the strength to dig ditches, and I’m too proud to beg. Ah, I know how to ensure that I’ll have plenty of friends who will give me a home when I am fired.’

“So he invited each person who owed money to his employer to come and discuss the situation. He asked the first one, ‘How much do you owe him?’ The man replied, ‘I owe him 800 gallons of olive oil.’ So the manager told him, ‘Take the bill and quickly change it to 400 gallons.’

But here’s the lesson: Money gained through dishonest dealing has many friends in this age. But, when your earthly possessions are all gone and your temporary physical life fades away, will all those good-time buddies of yours be able to give you a truly eternal home? [An allusion to God’s promised gift to the righteous faithful of eternal life.]