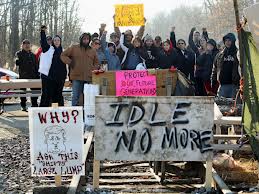 In Canada it is no secret that far too many of our Aboriginal reserves—the so-called “First Nations”—which are governed by the Canadian federal government’s Indian Act of 1876, are dysfunctional places governed by a form of Aboriginal communism.

These “Indian” reserves are far too often places suffering a host of epidemics:  substance abuse, sexual abuse, broken families, band-owned decrepit mouldy housing, tainted water, and bleak economies that provide few real, actually productive jobs. As a result of such a severe collection of seemingly intractable social ills, there exists on far too many of these reserves a staggering amount of state-funded welfare dependency and its corresponding emotional despondency.

These First Nations reserves are places where the youth suicide rates are far higher than those found among other Canadian youth.  Far too many Aboriginal people living on such reserves have lost hope and are sunk in the backwaters of depression that are both out of sight and out of mind until some new crisis makes the mainstream evening news.

Under the Indian Act, Canada’s federal government has exclusive authority to enact legislation in relation to “Indians and Lands Reserved for Indians.” While the original Indian Act has been tinkered with many times over the years to remedy a variety of problems, the 21st Century reality continues to be that many Aboriginals still live in an appalling, grinding poverty that touches every aspect of their lives.

Overall, Aboriginal people are dissatisfied with the reality of their “Indian status” existence, and this has recently flared into a series of what are called “Idle No More” protests, blocking some railroad tracks, border crossings, highways, ferry terminals, etc. 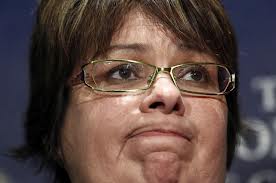 Without a doubt the lightening rod of the present Aboriginal protest has been the Attawapiskat chief Theresa Spence, who set up her teepee on an island in the Ottawa River in mid-December near the nation’s capital. She’s fasting on fish broth and tea as part of a hunger strike that she proclaims will go on until Canadian Prime Minister, Stephen Harper, and Queen Elizabeth II’s personal representative to Canada, the Governor General David Johnstone, come to meet her face-to-face and discuss the Aboriginal people’s historic treaty rights, in general, and the government’s failure to solve the problems of Attawapiskat in particular.

No one seriously doubts that our federal government is without some blame for the pathetic state of such Aboriginal reserves like Attawapiskat. BUT the old cliché that it takes two to tango is also without doubt. After all, for a very long time the Canadian government has been spending mountains of dollars trying to remedy some of the worst problems at Aboriginal communities like Attawapiskat. But the miserable status quo of deprivation and poverty, both materially and spiritually, persists. Why? Well, for example, let’s consider what has been going on in Attawapiskat. 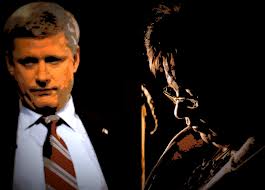 To [Chief Therese Spence’s] chagrin, someone leaked an audit on Attawapiskat’s financial records, which reflected badly on her and her co-manager and romantic partner, Clayton Kennedy. It found that tens of millions of dollars can’t be tracked, due to faulty record-keeping. Although more than $100-million was poured into the community [of about 1200 people] over a six-year period, it’s hard to track where it all went because there’s little or no record. Though a lack of records doesn’t necessarily mean fraud, it also can’t be dismissed if the money can’t be traced. If there is no fraud, losing track of money on that scale suggests a worrying degree of sloppiness with tax dollars (Kelly MacFarland, “Theresa Spence’s careful woven cause starts to unravel,” National Post, Jan. 9. 2013).

The reality of the situation is that the present Aboriginal system of governance bears a major share of the blame for the situation on the reserves. Incompetence? Corruption? Selfishness?

A year ago CBC’s investigative reporter Adrienne Arsenault visited Attawapiskat and came away with these conclusions: 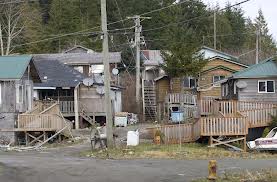 The Aboriginal leaders and their peoples who tolerate them must accept a good deal of the responsibility for their own problems. They are leading actors in this tragedy. They are not merely supporting actors or just passive victims of circumstances over which they have no active, decisive role.

If we in Canada are to truly change the situation on these Aboriginal reserves, then they must be transformed into genuine Canadian communities that live by the same rule of law and adopt the same best governance practices that are the standard or ideal of the rest of Canadian society. And this includes the requirement for transparency and appropriate accounting practices in Aboriginal communities.

Also, Aboriginal individuals should be freed to have the same opportunity to own their own homes, land, real estate, and businesses just like the average Canadian.  It should be obvious that the present form of dysfunctional Aboriginal communism, as presently practiced, whereby no band member on a reserve can own his or her home is utter foolishness. 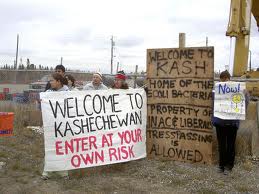 There is a solid moral case from the Judeo-Christian Scriptures for the elimination of the double standard that presently exists between what goes on at Aboriginal reserves and the greater Canadian society. We would do well to heed it!

You shall have one law for the sojourner and for the native; for I am the Lord your God” Leviticus 24:22 Revised Standard Version.

“You shall appoint judges and officers in all your towns which the Lord your God gives you, according to your tribes; and they shall judge the people with righteous judgment. You shall not pervert justice; you shall not show partiality; and you shall not take a bribe, for a bribe blinds the eyes of the wise and subverts the cause of the righteous. Justice, and only justice, you shall follow, that you may live and inherit the land which the Lord your God gives you, Deuteronomy 16:18-20 Revised Standard Version.

2 thoughts on “Canada’s “Indian” problem refuses to go away”