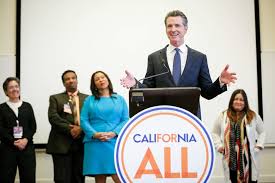 The Canadian Charter of Rights and Freedoms requires our governments here in Canada to demonstrate with evidence that restrictions on our freedom to move, travel, associate, assemble, and worship are “demonstrably justified.” The Justice Centre for Constitutional Freedoms asked the provincial and federal governments of Canada for just such a cost/benefit justification analysis, but this NGO has been ignored. Perhaps our government leaders don’t think the deaths arising from cancelled surgeries, delayed medical diagnostics, increased suicides and drug overdoses, deteriorating mental health, unemployment, soaring public debt—caused by their COVID public policies— are worthy of their consideration because they’re off-narrative. However a charitable non-government organization called the Justice Centre for Constitutional Freedoms (JCCF.ca) has posted online just such a cost/benefit analysis—called Flying Blind—of the resultant harms and deaths arising from our government’s coercive COVID policies.

The results might shock you. Did you know that:

Politicians like Premier Doug Ford of Ontario tell Canadians not to travel. And yet hypocritically we

discover that Ford’s Finance Minister Rod Phillips went to St. Barts in the Caribbean to soak up the sun for the winter holidays.  Those who have forced on us their ill-conceived public policies around COVID are flying blind and often they are flying hypocritically. They are not heroes. When it comes to leadership, they are not following the servant-leadership example set by Jesus Christ.

Jesus said to His disciples, “In this world the kings and great men lord it over their people, yet they are called [ironically] “benefactors,” that is ‘friends of the people.’ But among you it will be different. Those who are the greatest among you should take the lowest rank, and the leader should be like a servant. 27 Who is more important, the one who sits at the table or the one who serves? The one who sits at the table, of course. But not here! For I am among you as one who serves. Luke 22:25-27 (NLT).