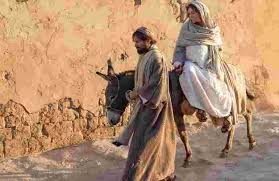 Christ’s birth was a miraculous and foundational element of Christian belief. This historic event is not accurately portrayed among most traditional churches, as it most certainly did not happen December 25th. And typically, in the midst of the winter celebration, the story and import of Christ’s birth is obscured by useless traditions. So what really happened? And why is it important for people to understand the message that Christ’s birth conveys? The bible has stories that you may not know and answers that might surprise you.

In one sense the story of Christ’s birth begins in the book of Isaiah, during the reign of Ahaz. The prophet had told Ahaz to ask a sign from God. Ahaz was facing an implacable foe and fearful of defeat, and yet he refused to ask for a sign. The prophet then gave the prophecy of the Messiah, as a sign of the immediate deliverance of the nation from the Assyrian invaders. But it also promised a future fulfillment and greater deliverance. For a virgin would conceive and bear a child and he would be ‘Immanuel’ – God with us.

For unto us a Child is born,
Unto us a Son is given;
And the government will be upon His shoulder.
And His name will be called
Wonderful, Counselor, Mighty God,
Everlasting Father, Prince of Peace.
7 Of the increase of His government and peace
There will be no end,
Upon the throne of David and over His kingdom,
To order it and establish it with judgment and justice
From that time forward, even forever.
The zeal of the Lord of hosts will perform this.
Isaiah 9

This prophecy began to be fulfilled in the time of the gospel writers. Luke wrote about the angel who appeared to Zacharias promising the childless couple that they would have a son. This son, John, would be a Nazarite devoted to God’s service and filled with God’s spirit. He would prepare the way for the coming of the Messiah. And, like Elijah, he would turn the hearts of the people back to serve the Lord God, rejecting the idolatry of the contemporary society. Zacharias had a hard time believing what he had heard and experienced. But soon, as promised his wife, Elizabeth, became pregnant. It seemed to this elderly couple that anything was possible when God was involved, for there was nothing too hard for God.

Shortly thereafter, the angel appeared to Elizabeth’s cousin, Mary, who was betrothed to Joseph. Mary was surprised when she was told that it was through her that the prophecy of Isaiah would be fulfilled. She, though a virgin, would conceive a son who would be ‘Immanuel’ – God with us. He would be named “Jesus/Yeshua” which means God is salvation. Mary did not doubt what the angel said, though she wondered how it would all take place. She understood that nothing was too hard for God. Even Joseph, when told the circumstances surrounding Mary’s pregnancy in a dream, believed in God’s ability to perform a miracle as he had promised.

Jeremiah and the Message of Messiah

In Judea, based on the prophecies of the Hebrew scriptures, many people were anticipating the coming of the Messiah. They looked for the coming of a warrior king to save them from Roman domination. The people remembered Jeremiah’s prophecy of the return of Judah to the land of promise. They had seen these prophecies fulfilled when their forefathers were released from exile in Babylon and their land was restored to them. So they believed that there was nothing too hard for God.

The begettal and birth of the Messiah, Jesus, as the son of God was the fulfillment of prophecy. But 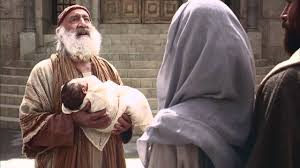 , he was also the forerunner, being the first of many brothers and sisters, to be begotten of the Father. His coming gives every Christian hope for the future, as co-inheritors of the great promises of eternal life in the family of God. Just as Jeremiah obtained a title deed in hope of a future inheritance in the land of Israel, so the spirit of Christ in us is our “title deed” to a place in the spiritual promised land. But there is more. Jesus’ birth also gives hope to all of humanity, everyone who has suffered under the tyranny of human rule. For his birth opened up the possibility of the restoration of all things.

Daniel and the Son of Man

Daniel’s prophecy of the Son of Man and the Ancient of days provided a historical context for the second coming of the Messiah. There would be a time of restoration after the rise and fall of the great empires of the world: Babylon, Persia, Greece, and Rome. The Ancient of Days would send the Son of Man, the Messiah, to destroy human civilizations. And in their place the Messiah and the saints of God would establish the Kingdom of God. This Kingdom, made possible by the birth and death and return of the Messiah, the Christ, will remain forever.

So when we consider the good news of Christ’s birth it has profound implications for humanity. There is nothing to hard for the Lord God. For when he returns, he will establish justice and the end result will be peace – something our world needs desperately.

Learn more about the Messiah from Handel’s Oratorio: