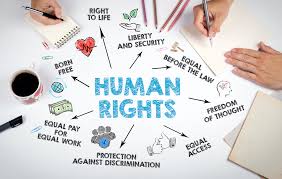 There is such a thing as the smell of death. It’s a disagreeable an odor that for 34 years has been clinging to Canada from coast to coast to coast. But the stench grew increasingly strong just 7 years ago in February 2015 when our “activist-minded” Supreme Court in Ottawa decided for the good of us all that the then long established Criminal Code provisions that had made it a crime to help a person end his or her life violated the Canadian Charter right to “life, liberty, and security of the person.” This meant that euthanasia—euphemistically enshrined in Canadian law as “medical assistance in dying”—was okay according to the State. The legal reasoning behind this decision about euthanasia was previously used by our Supreme Court in 1988’s R v Morgentaler, which gave Canadian women access to totally unrestricted, unregulated abortion on demand.

However, a few of the 1988 Supreme Court justices found that the majority’s legal reasoning was fatally flawed. Justice J. McIntyre argued that there was no right to an abortion under section 7 of our Charter nor under other laws. McIntyre wrote that “the courts must not go about creating rights not explicitly found in the Charter nor interpret Charter rights to protect interests that the rights were not initially intending to protect.” He further observed that there was a complete absence of support for such a claimed right in our constitutional texts, history or legal philosophies. As a consequence, McIntyre foresaw that society would become increasingly divided, lacking consensus. 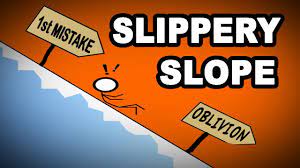 self-destruction? At first Canada’s euthanasia law only permitted “medical assistance in death” (MAiD) for sound-minded adults whose medical condition was terminal and that death was “foreseeably”in the near future. All sorts of additional precautions were added to the original MAiD law in order to avoid the possibility of unseemly pressure on the vulnerable by medical staff, or coercion by self-interested third parties, or agreed to in unreflective haste. But such unease about the State enacting a law hastening its citizens demise didn’t last for long. 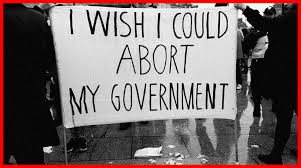 violated the charter. So in 2021, Parliament dutifully broadened the euthanasia to encompass undefined “significant suffering” regardless of whether or not the adult was at death’s door. Also, in its enthusiasm, Parliament’s newly revised euthanasia law—”for the good of us all”—is being scheduled to allow the mentally ill to  enjoy along with their otherwise sane neighbours their full court-interpreted Charter right to suicide by doctor in 2023. And if the activist judges have their way  soon “mature” minors suffering from depression and elders with dementia will be able to also enjoy their “rights” as they, too, jump aboard the culture of death’s wild toboggon ride down a very real slippery slope… Whooie! … Fade to black.

As National Post columnist Sabrina Maddeux recently wrote: A year from now, MAID could become an option for those who can’t afford needed therapy, medications, or care in a country that’d sooner approve euthanizing the mentally ill than provide accessible treatment options… Making access to death easier and cheaper than access to care renders the idea of real choice in the matter more twisted than a reflection in a fun-house mirror.”

Christians who are called according to God’s purpose should never say without serious qualifications “my body, my choice”—because we are not our own! We are not our own masters to do whatever we please with our bodies. As the Apostle Paul wrote to a group of believers who had failed to fully understand this crucial spiritual principle:  WHAT! Don’t you know that your body is a temple of the Holy Spirit, which you have within you from God, and you are not your own? For you were bought with a price. Therefore, glorify God in your body, and in your spirit, which are God’s” (1 Corinthians 6:19-20, Coulter trans.)

This Christian teaching that applies to the euthanasia and abortion moral choices is indeed a hard teaching for many—whether believer or unbeliever. But unbelievers may deeply resent it.  The Apostle Paul also wrote this to both believer and unbeliever so they might understand that our choices have outcomes and consequences. Paul, of course, as a real servant of the Creator God wants us all to make the right choices: