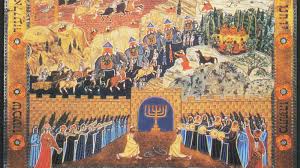 For Christians it is important to note that we are now in the middle of the 8-day festival of Hanukkah. “Oi vey!” You might say. Why should I be interested in a Jewish festival”?

Well, for beginners, all humanity’s Saviour had to be born as—wait for it—a Jew in order to fulfill all the prophecies given about him in the Old Covenant scriptures. Sorry anti-Semites. This required that Jesus be born into an observant Jewish family who lived among at least a somewhat observant Jewish community who still thought it was important to worship at the Temple of the Bible’s God in Jerusalem, which would have to be in existence and functioning in a form approved by the Scriptures.

In explaining his ministry’s tight connection with the Hebrew Scriptures, Jesus emphasized: “Don’t misunderstand why I have come. I did not come to abolish the law of Moses or the writings of the prophets. No, I came to accomplish their purpose. I tell you the truth, until heaven and earth disappear, not even the smallest detail of God’s law will disappear until its purpose is achieved,” (Matthew 5:17-18 New Living Translation).

It would have been impossible for the Bible’s prophesied sinless, holy Messiah to have been born into an unbelieving pagan family whose community worship service included sacrificing pigs in honour of the false Greek god, Zeus. 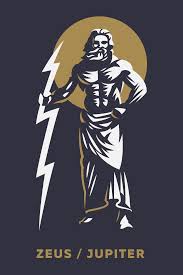 That is why the Hanukkah story is perhaps so significant for Christians. The Hanukkah story is one of resistance and the survival of a believing Jewish community in the face of an attempted cultural/religious genocide by one of the leading global powers of that time, the Hellenistic Seleucid Empire, which then ruled much of the Middle East. For truly without the resistance heroes of Hanukkah, men and women who we now call the Maccabees, a Bible-believing and Bible-practicing Jewish population in the Galilee, Judea and much of the Middle East would have ceased to exist.

During the Intertestamental period—that time period between the close of the Old Covenant canon in the 400s B.C. and the writing of the Gospels in the first century A.D., “the Jews in their public role as farmers, merchants, and soldiers were familiar figures around the shores of the eastern Mediterranean, throughout the Middle East and into Egypt—areas that had been conquered by Alexander the Great and his Greek-speaking armies in the 300s B.C. To the Greeks, the Jews were like all the other easterners except in their intransigent monotheism, and their claim to an extraordinary document—the Hebrew Bible—that provided an ideal and a norm for human behaviour. Although other peoples of the East had literature containing both origin legends and law, describing their own past and regulating the conduct of their society; the Jew’s sacred writings included both of those, and yet much more. The Hebrew Scriptures described a historical unfolding of the Creator God’s providential plan not only for his own people but also for all humanity” (mostly quoted from F.E. Peters, The Harvest of Hellenism, 1970, Simeon & Schuster, pp. 261-262).

To the Hellenistic pagan Greek rulers then ruling the “Promised Land” the Scriptures of the Jews presented a very serious competing ideal to the way of life that their own culture—based as it was on Greek philosophy, polytheism, and political science could propose. Hanukkah is the story of the struggle between two competing ideals and the associated pragmatic issues revolving around what were appropriate or inappropriate human behaviours. It was a polarizing culture war that turned hot on steroids!

Empire’s ruler Antiochus IV Epiphanes by some 2,188 years, nevertheless the core issues of that time rhyme in a striking way with ours. Our 21st Century Western society in the United States and Canada is also similarly riven by a polarizing culture war in which there are also two clearly opposing sides with very different points of view on social ideals and human behaviour. In today’s news is an account about how Sen. Jeanne Shaheen (D-N.H.) controversially warned the U.S.’s Supreme Court justices during her Nov. 29 press conference that if the justices overturn Roe v. Wade—the abortion issue—they will see a “revolution”! Chief Justice John Roberts condemned “threatening statements of this sort,” calling them “not only inappropriate” but “dangerous.” 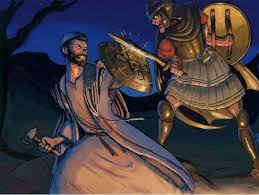 Will our contemporary culture wars in North America turn hot—and become a latter day Hanukkah story? If you’d like to learn more about the real Hanukkah story and the spiritual stakes involved, click on these links: