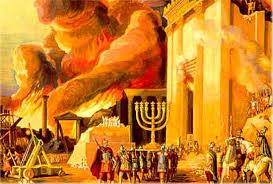 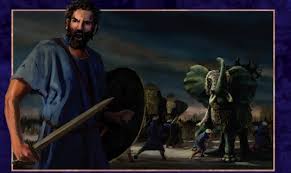 When someone wishes you a “Merry Christmas” how do you respond? Do you say the equivalent of something like “Bah, humbug!”  If so, how can you avoid being thought of as a big green grinch?

A few years ago,  I went to my publisher’s offices in downtown Victoria taking along my son Jazzy in order to pick up some review copies of our book. While talking with a group of maybe six of the publisher’s staff about a problem, one of the women smitten by my son’s coy smile asked Jazzy, “Are you all ready for Christmas.” Jazzy loudly responded, “We don’t keep Christmas!”

Everyone turned their heads and looked at me. What would you have done? What would Jesus have said at that moment? Would He have launched into a tirade about the pagan origins of common Christmas customs and made everyone feel uncomfortable? Or maybe mumbled a non-committal remark about not participating in gross commercialism.

Well, this is what I said with a smile as I looked at the woman, “We keep Hanukkah!” Wow, everyone was really paying attention now. The woman smiled back at me and said, “Say, that sounds like fun. Don’t they eat great food during Hanukkah?” “Yeah,” I said, “Last night we feasted on fried potato pancakes with sour cream and homemade apple sauce, and there’s cheesecake,  too.” The room buzzed and we chatted on for a few more minutes before returning to the work question at hand.

Friends, what would Jesus have done? Would He have said, “I keep Hanukkah?” Let’s look and see what the Scriptures have to say. Please turn with me to the gospel of John chapter 10 verse 22:

“At that time the festival of the Dedication took place in Jerusalem. It was winter, and Jesus was walking in the Temple, in the portico of Solomon.”

The festival of Dedication in Hebrew is called Hanukkah. Jesus made a point of being in the Temple for the Hanukkah festivities despite the fact that his enemies in Jerusalem had tried just a few months before to kill him (see John 8:59). Why did Jesus take the risk to going to Jerusalem to keep Hanukkah? What is it about this festival that Jesus thought was important enough to commemorate?

Hanukkah is sometimes called the festival of lights because it is a joyful occasion that commemorates a remarkable deliverance of the people of God from the power of the terrible oppressor Antiochus IV, who ruled a Hellenistic Greek Syrian state that included all the ancient lands Judea in the mid-second century B.C. This modest pagan king liked to call himself Antiochus Epiphanes, which means “Antiochus, the god made manifest.”  Humble guy, eh?

You see, Antiochus, being recently defeated in Egypt by the Romans, expressed his frustration by viciously oppressing his subject people of Judea, ruthlessly slaughtering men, women, and children as well as robbing the Temple of its precious golden altar, the menorahs and other vessels used in the service of God. In his contempt for the God of Israel Antiochus Epiphanes sacrifice a pig to Zeus on the Temple’s altar, and then cooked it in the holy place and then poured the unclean animal’s broth on copies of the Word of God. Antiochus then dispatched officers and soldiers in his army to enforce the worship of his pagan Greek gods throughout Judah. Anyone who resisted or continued to hold to the ways of the God of Israel was to be murdered and their property confiscated. All of this was prophesied in Daniel chapter 11.

Of course, Antiochus’ plans eventually failed due to the brave resistance of a family of Levitical priests known as the Maccabees who knew their God and with God’s miraculous intervention eventually pushed Antiochus’ forces out the Temple. The festival of Hanukkah celebrates the rededication of the people and the Temple to the service of God. It commemorates the revealing of the God of Israel to His hard-pressed people through a miraculous deliverance at a time of great danger.

Hanukkah also recounts the LORD’s own acceptance and dedication to His people. You see, at the rededication of God’s altar on Kislev 25, the priests relit the eternal light fueled by olive oil that was always to burn perpetually before the presence of the LORD. But the priests could only find one jar of specially prepared oil that had escaped destruction at the hands of Antiochus Epiphane’s soldiers. Let’s turn to Exodus 27:20-21 to see what God said about this perpetual light and the special olive oil to be used in it:

“And you shall command the children of Israel that they bring you pure oil of pressed olives for the light, to cause the lamp to burn continually. In the tabernacle of meeting, outside the veil which is before the Testimony, Aaron and his sons shall tend it from evening until morning before the LORD. It shall be a statue forever to their generations on behalf of the children of Israel.”

Obviously, this perpetually burning lamp of olive oil symbolized the Holy Spirit’s function of revealing spiritual light to the people of God. The miracle of the Hanukkah lights was that even though the people only had enough oil initially to cause the lamp of God to burn for one day, remarkably, one day’s supply lasted for eight days until fresh supplies of olive oil could be prepared and delivered to the Temple. God made up what the people lacked.

So Hanukkah is about the people rededicating themselves to God and God revealing Himself to His people, supplying their needs for His holy oil.

Let’s turn back to John 10:27 and read what Jesus said during the feast of Dedication:

“My sheep hear My voice, and I know them, and they follow Me. And I give them eternal life, and they shall never perish [Why can’t we perish? Because God supplies His Holy Spirit, His pure oil to light our lamps before Him forever]; neither shall anyone snatch them out of our hand [no oppressor can overcome God’s plan]. My Father, who has given them to me, is greater than all; and no one is able to snatch them out of My Father’s hand. I and My Father are one.”

Yes, unlike Antiochus Epiphanes who wanted to reveal himself as a god, our Saviour revealed Himself as the true Son of God.

Friends, these are fascinating parallels. So if someone says to you, “Merry Christmas” just respond as Jesus would and say, “Happy Feast of Dedication, Happy Hanukkah!”