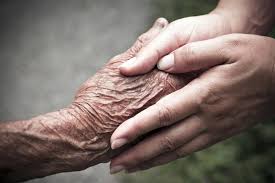 “The distinction between caring for a dying patient and killing a dying patient is not difficult to make, in principle, though occasionally it gets complicated in practice. The distinction between caring and killing, however, is just what euthanasia proponents are determined to erase,” according to Douglas Farrow, a professor of theology and ethics at McGill University. Farrow believes that “MAiD”—medical assistance in dying—has no place in palliative care. 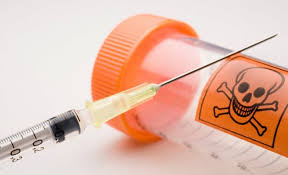 the idea that killing the vulnerable should now be re-interpreted as “caring.” Additionally the provincial government and those who ideologically support its euthanasia agenda are also attempting to deny to those non-profits who want to hold on to traditional morality their ability to organize and deliver medical care according to biblical values.

This conflict of worldviews is set to play out in real-time on March 26 during an online Annual General Meeting of the Delta Hospice Society (DHS) in British Columbia, Canada.

The conflict started to boil in 2019 when the B.C. provincial government ordered the DHS to provide MAiD at its 10-bed Irene Thomas hospice. Although this facility was built entirely from private donations—the society unfortunately built it on land provided by the government-funded health system. When the DHS board refused to budge from their pro-life, pro-palliative care policy by refusing to allow at their facility the Medical Assistance in Death protocols being mandated by the government’s health bureaucrats— DHS’s $1.5 million contract awarded by the public health authority to help operate their facility was terminated. The province’s health authorities then forcibly took control over the non-profit run hospice in March 2021 in order to initiate the euthanasia procedures.

The harsh lesson for any pro-life, pro-biblically oriented medical NGO’s is to NEVER accept assistance from the State. Here in B.C. the State believes that if a non-profit accepts their material assistance in any substantial way, then that gives the State the right to call the shots—in this case literally.

After this hostile takeover of their facility, the DHS board was left with about $4 million in assets. So the society wanted to build a new facility in order to fulfill their society’s mission of providing palliative care to the terminally ill according to biblical pro-life ethics. But this time they would build on land that  DHS would buy for themselves. 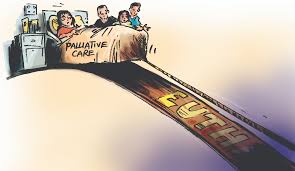 But then the board of DHS found themselves being challenged by euthanasia activists for the control of the non-profit society and its assets. The DHS board tried to exclude those activists from their membership roll since they did not agree with their pro-life, pro-palliative care policy—but the B.C. Supreme Court and the Court of Appeals ruled that DHS’s membership rules couldn’t exclude the advocates for medically assisted suicide from joining the traditionally pro-life non-profit. Now those promoting the opposing MAiD/euthanasia position will vote in DHS’s up-coming March 26th AGM, and try to muster the votes to take over control of DHS and its assets.

As current DHS president Angelina Ireland said, “We have the pro-life, pro-palliative care side versus the death squad. These are the woke pack who feel entitled to rip apart a 50-year medical discipline of palliative care orthodoxy because it’s more trendy to be able to kill vulnerable people in their sick beds.”

Prof. Douglas Farrow concludes that “the sustained assault on the Delta Hospice Society 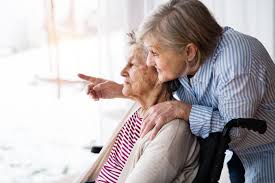 demonstrates that all this has nothing to do with compassion. To normalize killing as ‘caring’ is the goal. Deep down, that is a terrible act of despair. It is not the beginning but the end of any humane civilization. Unhappily, this is something courts are prepared to tolerate and governments to encourage.”

For people living in a time like ours the prophet Isaiah gave a strong warning:

“Judgment is coming to those who call evil good, and good evil; who substitute darkness for light and light for darkness; who substitute bitter for sweet and sweet for bitter!” (Isaiah 5:20-21 Holman Christian Standard Bible).

Although the darkness of our present time only seems to be increasing, yet there remains hope. The New Covenant scriptures promise that a change for the good is coming for those who are willing to become a part of that good change:

“The people who were living in [spiritual] darkness have seen a great Light, And for those who were living in the land and shadow of [spiritual and moral] death, Upon them a Light has dawned.” From that time Jesus began to preach and say, “Repent [change your inner self—your old way of thinking, regret past sins, live your life in a way that proves repentance; seek God’s purpose for your life], for the kingdom of heaven is at hand” (Matthew 4:16-17 Amplified Bible).

The promised Kingdom of God is coming as certainly as the sun will rise tomorrow morning in the east. Don’t be part of the problem. Become a part of the solution like the people at DHS who are resisting today’s government approved mandates for euthanasia and medical assistance in death, which according to the Bible are spiritual darkness and not light. Do not be deceived!

Thanks to the Epoch Times newspaper and Lee Harding’s story “BC Hospice Society Opposed to MAiD in Palliative Care Faces Momentous Vote at AGM,” Mar. 13, 2022.